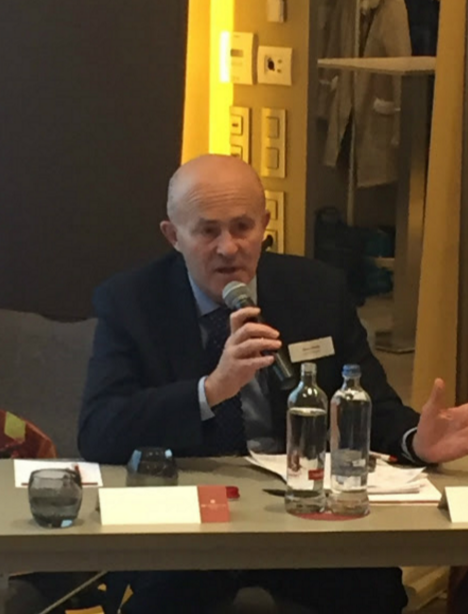 Upon his election, Mr O’ Reilly said: “I am very honoured to have been elected as Chairman of ESPO for the next two years.  Over these years, ports will be challenged by the implementation of the Port Regulation and other legislative initiatives. There will also be a continuing need for ports to plan and finance major infrastructure investment at the key nodes of Europe’s transport networks.  Overarching these challenges, however, is the global problem of climate change and how our industry plays its part in addressing this enormous issue.

“I would like to thank the Members of ESPO for putting their trust in me and I look forward to working with Isabelle and her excellent team as we represent the interests of Europe’s ports in our response to these challenges in the years ahead.”

Mr. O’Reilly has been serving as Chief Executive of the Dublin Port Company since 2010.

Today, ESPO has also published its Annual Report 2015-2016, which outlines the activities of the organisation over the past year. A copy of the report can be found here.

In addition, tonight will see the celebration of the 8th annual ESPO Award on Societal integration. The theme of this year is nature in ports. European Transport Commissioner Violeta Bulc will be announcing the winner at a ceremony taking place at the Palais d’Egmont in Brussels.