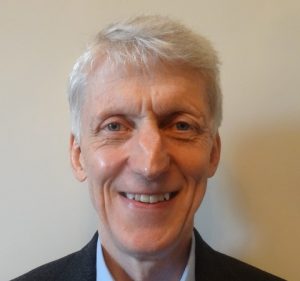 When the East India Company gained a royal charter in 1600 and established its shipping and trading empire, it adopted the strategy of “exporting the home nation around the world.”  This has been the traditional approach to building a global hegemony. The Roman Empire was built by Romans, the British Empire by an elite that ruled applying the values of Albion’s 19th century public schools.

This “home nation” model, which has persisted to the present day, is challenged in a new book Global teams: How the best teams achieve high performance written by Jo Owen, who has worked with more than 100 companies and organisations of all sizes in many countries and industries.

Steering from the home nation is powerful because it drives consistency, enables easy communication between a head office and overseas units, and creates a network of trust in which decisions can be made quickly.

The problem is, says the author, that it creates a caste system. “If you are not from the home nation, then you know you are a second-class citizen” within the group, he argues, and that is so “however talented you may be.” 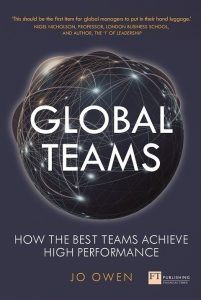 This dilemma creates tensions within otherwise smart international groups – one example is liner shipping, which relies on logistics, deliveries and customer coordination across the geographies and time zones.

Making company teams succeed within one country is hard enough.  Succeeding across borders is much harder, Mr Owen insists, and it requires a culture change to dispense with the home nation model, even though it shrinks the talent pool for promotions to top positions. For instance, if the home nation is Japan, all senior executives are likely to speak Japanese, which erects a high barrier for others to climb; although diversity is easier to achieve in an English-speaking firm because of the universality of the language.

While there is plenty of literature about learning to respect one’s overseas counterparts – for instance in the way one offers business cards or shakes hands – along with a good many consultants and courses, there is hardly any insightful guidance about how to make intra-company global teams work effectively. Mr Owen moves to fill this gap with his jargon-free, smooth to read manual with its salutary case studies.

Despite the revival of protectionism, globalisation is alive and kicking and its success depends on small teams of people co-ordinating such matters as supply chains, serving international customers, fashioning a global service or product, and managing IT, risk, finance, research and development and human relations. The way that Mr Owen sees it, global teams are the oil that helps global firms hum smoothly, and they need to be predicated on a “whole world” principle.

While swathes of commerce may be globalised, practitioners must work to varying regulatory, legal and environmental rules and standards. Mr Owen says that different parts of the team may have incompatible systems and different communication platforms, and performance will be managed in different ways, even if outward forms look the same.

Take the bane of many who work at senior level: meetings. Team members often have no idea what meetings are for, and this is where there can be a huge cultural gap. Anglo and Germanic-style meetings have an “outcome focus” while in Japan a senior person at Hitachi Rail Europe is quoted as saying: “Of course we have our business meetings, but then we have drinks and we get to know each other and trust each other as well.” An anonymous source adds: “The real decision makers do not attend the meetings.” These different assumptions in west and east cause problems in global teams.

The importance of trust is underlined by a quote from a North America underwriter at Hiscox Re: “In a global team, management are so far removed from the day-to-day that they can get it very wrong very fast, so they must not micro-manage. Instead they have to delegate.”

Building credibility across the team is exemplified by what came to pass at Mitsui OSK Lines and their ships’ agents around the world who manage a huge amount of logistical detail and “cannot be micro-managed.” Mr Owen comments that the company needs agents “they can absolutely trust in good times and bad: a track record which stretches over decades counts for everything.” In contrast, where credibility is lost it can be exceptionally hard to recover.

As his footnotes attest, Mr Owen drew on 12 months of specific research for this project which involved interviews with team leaders and their people across 80 companies.  A broad range of sectors was targeted including IT, financial services, insurance, shipping, fast-moving consumer goods, the arts and media. Companies of all sizes were examined, from small start-ups to multinationals, as well as non-governmental organisations.

His research was balanced to include organisations from Asia, the Middle East, the Americas, and Europe, to avoid the Western-only perspective which he says is a recipe for failure.

Mr Owen’s thorough-going analysis and tips for building cohesion will be of great value to organisations of all sizes, but he admits to breaking the rule of any popular management book in not offering simplistic solutions. Broadly the headline tasks are: for the team leader, raising the bar and changing the game; for the team, building trust and communication; and for the firm creating the context for success.

Jo Owen has founded several charities which have a collective turnover of £100m including Teach First which is said to be the largest graduate recruiter in the UK.  He built a business in Japan without speaking Japanese, was involved in business banking, and was a partner at Accenture. He spent eight years working with tribal peoples to discover how they survive and succeed, and what businesses can learn from them.

Caution as the Markets drop and Europe trembles…