Shanghai Luojing Terminal Formally Thanks AAL For Cargo Trade In 2016 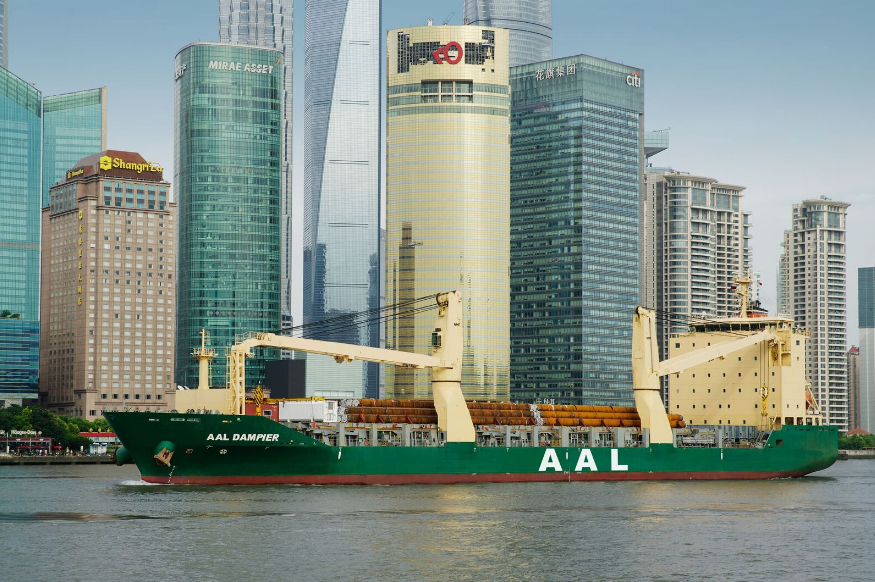 Shanghai – 3 January 2017 – At its first-ever formal ceremony held on 16 December 2016 at the Shanghai Guchun Park Hotel, the Shanghai Luojing Terminal – Shanghai’s biggest and most important breakbulk cargo hub – formally named and thanked key partners for their contribution to the Terminal’s trade performance in 2016.  AAL, which has been regularly calling at the port since its opening, and in 2016 carried over 400,000 freighted tons of cargo through the port, was honoured with a bronze model from the Terminal’s General Manager, Ren Sheng Hua.

Christophe Grammare, Managing Director of AAL’s Liner Services Division, and from 2017 relocating from Australia to China to take up the additional role of Chief Representative for China, explained: “Such positive recognition of our services is important as China is the largest breakbulk market in Asia and we aim to offer our local customers the most convenient and competitive trade routes and services possible. The Terminal is conveniently located on the Yangtze Southbank close to the city and offers advantages that benefit our outbound customer shipments of steel and heavy-lift project cargo. For this reason, it has been a regular feature of our Liner Services between Asia and the USWC & Oceania for almost a decade and a highly convenient call for our tailor-made Tramp sailings too.”

He added, “China’s trade performance is of course hampered by global economic uncertainty. Nevertheless, with a projected growth of between 6.3% and 6.5% for the mainland in 2017 and its biggest industries challenging and competing on the global stage to grow this further, AAL will continue to provide the resources on the ground and the tonnage in the water to meet our local customers’ demands and expectations – as we’ve done for the past 21 years.”