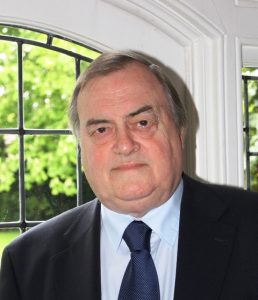 On 1 January 2017 the leading maritime charity, Seafarers UK, celebrated the start of its Centenary Year.

To help mark this anniversary, and a few weeks ahead of the first meeting 100 years ago in 1917 to discuss the formation of the charity (previously known as King George’s Fund for Sailors), Seafarers UK is holding a special Centenary Celebration Dinner on 23 February at the Merseyside Maritime Museum.

The evening, sponsored by Peel Ports Group and Propeller Club Liverpool, will involve a drinks reception, a splendid three-course dinner, music by the Band of Her Majesty’s Royal Marines, speeches and a special auction. Former Deputy Prime Minister, The Rt Hon Lord Prescott is the celebrated after-dinner speaker.

‘Congratulations to Seafarers UK on reaching its Centenary’ said Lord Prescott. ‘I am honoured to speak at this very special event in Liverpool and to help highlight and mark 100 years of welfare support for seafarers in need, and their families, by the leading charity for the entire maritime sector.

‘The make-up of the UK’s maritime sector has changed dramatically both since 1917 and from when I started out as a Cunard ship’s steward and union official. Whilst we are still very much an island nation, the numbers of those actively involved in seafaring continue to reduce every year.

‘This continued lack of investment in training and jobs risks the UK being left behind as other major nations build up their maritime infrastructure and capabilities. I want to see more being done to attract future seafarers into the profession, along with greater investment and research into shipping’s environmental impact.’

For more details about booking to attend the Seafarers UK Centenary Dinner at Merseyside Maritime Museum on 23 February 2017, please visit www.seafarers.uk or send an email to alexandra.sard@seafarers-uk.org.

State financing needs and sources in 2017 and beyond…