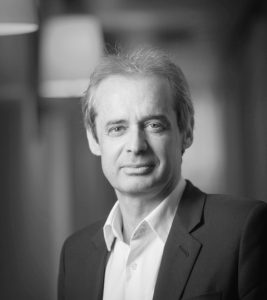 International marketer of prestige perfumes Interparfums, listed on NYSE Euronext Paris, has been updating investors on its plans – including a series of product launches in 2017.

The year will see roll-outs of new attractions for women from  Lanvin and Rochas; for men from Coach; and for men and women from Boucheron, Jimmy Choo and Karl Lagerfeld.

Interparfums is an independent “pure player” in the perfume and cosmetics industry. It is a relatively small operator within a global fragrance market estimated to be worth $45bn at retail or $20bn at wholesale – there are some 400 significant launches by brands every year – but it is making an increasing impact.

Philippe Santi, vice president and chief financial officer, who has been with Interparfums since 1995, told investors at a London meeting that Interparfums shipped more than 20m bottles of perfume and beauty products a year. The inventory goes out from a 30,000 sq m warehouse, which can hold 40,000 pallets, in northern France.

At his City briefing, Mr Santi described a “well-balanced” activity in 2015 for Interparfums as follows: Europe 43%, Asia-Pacific 24%, and the Americas 33%. Between 2010 and 2015 compound annual sales growth for the industry was 3%, a rate beaten by a large margin by the ongoing brands of Interparfums, at 16.8%.

Two of the brands marketed by Interparfums.

Interparfums, which has a market capitalisation of €950m and is a subsidiary of Nasdaq Global Select-listed Inter Parfums Inc, has a portfolio of widely-recognised fashion brands, both under licence and owned outright. It typically reaches licence agreements for a brand over a period of 10 or 15 years, sometimes 20 years or more. Lengthy spans are needed because it usually takes 18 to 24 months to develop the support and marketing for a line.

The strategy is to focus on brands with strong attributes and strong name recognition – in marketing to consumers “you must have a story,” said Mr Santi. Timing is very important – you must be highly selective with brands. Strategies are tailored to country of sale: for one leading brand, it was decided that eau de parfum had a better prospect for the US market, while eau de toilette would be more appealing in Europe and Far East.

Biggest sellers from the Interparfums range for 2017 are set to be Montblanc, Jimmy Choo and Lanvin, and considerable attention is being given to boosting Rochas, the brand and trademarks of which were acquired by Interparfums in May 2015 for $108m. Founded as a luxury fashion house by Marcel Rochas in 1925, the brand expanded into fragrance in the 1950s, which remains the largest part of its business, led by the Eau de Rochas fragrance line. Included in the deal was the Rochas fashion and accessory business operating through licence agreements.

In early 2017, Rochas will see the launch of the first women’s line to be developed for it by Interparfums. This will involve some 12 countries, including Argentina, Paraguay and Brazil – Rochas has hitherto been known as a male brand in South America – with a second launch phase in July; and the Rochas licence will be built upon in women’s wear, watches and glasses.

Coach brand was created in 1941, growing to $4.5bn today in annual revenue, 60% of which is made in the US. One in every three luxury handbags sold in the US is branded Coach. Plans for 2017 are the continuing rollout of the first women’s line in Coach eau de parfum and eau de toilette, and the launch of a Coach men’s line in autumn

Meanwhile, there will be important initiatives for the Jimmy Choo Signature and Jimmy Choo Man franchises.

Van Cleef & Arpels will have a new juice for the Collection Extraordinaire line. Boucheron will launch a collection of six juices.

All this follows a busy 2016 launch programme involving for women Coach; and for men and women Van Cleef & Arpels.

Interparfums was founded in 1982 by Philippe Benacin (now president and chief executive) and Jean Madar (chairman) and has seven subsidiaries in the US and in Singapore, and 250 employees.

Interparfums says it is known for “innovation, quality and its ability to capture the genetic code of each brand in the products it develops, manufactures and distributes in over 100 countries.” The company adds: “Our size enables us to work closely with brand owners in the product development process.” It has company-owned distribution in the US, France, Germany, Italy and Spain.

Its largest fragrance brand is Montblanc, which has a century of history making writing instruments, watches, leather goods, and jewellery. In 2015 brand sales were $100m, bringing four-year sales compound annual growth to 23.1%; and the licence agreement was extended to 2025.

In 2016, Montblanc Legend Spirit, a new fragrance for men, was launched and achieved “solid performance.” In 2017, another Legend offshoot is ahead.

Jimmy Choo fragrance sales have been achieving impressive growth with $94m. This is a brand best known for luxury shoes, handbags and accessories. Following the introduction in 2016 of Illicit Flower, a women’s scent, there will be extensions for Jimmy Choo women’s signature scent and Jimmy Choo Man.

Lanvin, a French fashion house which had brand sales in 2015 of $70m, will unveil in 2017 Modern Princess, a new women’s scent.

For Boucheron Paris, a luxury brand for more than 150 years in jewellery, a multi-scent collection under the title Galerie Olfactive will be introduced.