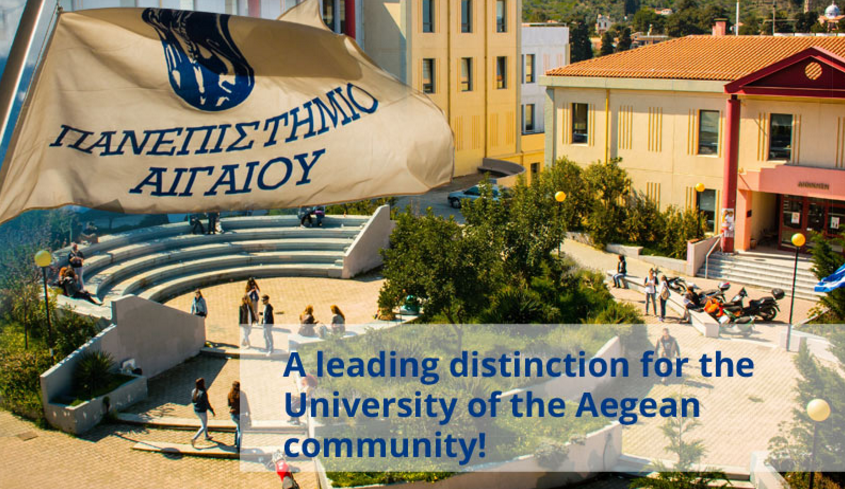 External periodic evaluation: the University of the Aegean on the top of the national list

Following the announcement by the Hellenic Quality Assurance and Accreditation Agency (HQA)*, of the results of the external periodic evaluation of the 22 Greek public universities http://www.hqa.gr/en/insteval-reports.php the Rector of the University of the Aegean communicated to the wider Aegean academic community a message of appreciation for the continuous efforts of the community’s members, which brought the University of the Aegean to the top of the list; the University being awarded the highest total marks by the external evaluators.

The Rector underlined the joy and honor felt by the people of this academic institution, spanning over six islands across the north and the south Aegean Archipelago, for not only the inclusion of the University in the highest class of evaluation results – “Worthy of Merit” along with six more Greek academic institutions – but for achieving the highest ranking, scoring 18 Worthy of Merit, 7 Positive and 1 Partially Positive marks over the 26 areas evaluated, as shown in the attached Tables.

The message underlined that the evaluation process is one, which can function in a positive way, showing the areas that need strengthening and support and allowing to consider priorities and overall targets in a process of continuous improvement. In the case of the University of the Aegean operating across the eastern frontier of Greece, Europe and the European Union this process is not only a mechanism for evaluating the good use of the society’s resources, the Rector noted, but it is also a way of evaluating the impact of the resources committed since 1984, by each member of the academic – and the wider – community of the Aegean towards creating an international, outward looking institution, maintaining its vision even during crises. The message of the Rector concluded with the positive evidence of the efforts – but also the care and concern – of the University of the Aegean to provide its graduates, with the best qualifications and skills over these testing times, aiming always “for better and higher” in an open, all inclusive and fair environment.

*The Hellenic Quality Assurance and Accreditation Agency (HQA) is an independent body overseen by the Ministry of Education. It coordinated the evaluation process in the context of the National Strategic Reference Framework (ESPA) 2007-2013, “Development of a national system for the evaluation and assurance of quality in education and promotion of social integration in Priority Axes 1, 2, 3 – Horizontal Action”, program, co-funded by the European Union through the European Social Fund (ESF). The external evaluation process, conducted in the course of the academic year 2015-2016, is planned to run every four years.​

Tom Boardley appointed new Chairman at The Mission to Seafarers