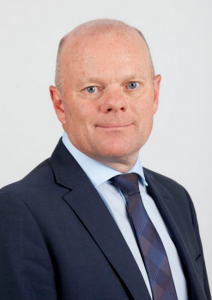 The team who looks after the logistics and behind-the-scenes organisation of the London Boat Show and Southampton Boat Show is in the running to be named Operations Team of the Year in the prestigious Exhibition News (EN) Awards.

British Marine Boat Shows has been shortlisted for the continued smooth running of both Shows despite the extreme complexities involved, including the building of an entire site at Southampton and the moving of vast and expensive yachts in limited timescales at ExCeL London. They are up against teams who work on Shows and venues around the world, and across multiple industries and interests. Fellow finalists range from Cloud Expo Europe in Frankfurt, INMEX-SMM India in Mumbai and The IRN-BRU Carnival in Scotland to the NEC in Birmingham, Ricoh Arena in Coventry and Olympia London.

Now in its 11th year, the EN Awards recognise and promote the hard work and success of companies and individuals in the exhibition and events world across categories that span venue, organiser and supplier.

Howard Pridding, Chief Executive Officer at British Marine, commented: “Being shortlisted is further testament to the strength of the Operations team. Their hard work and wealth of knowledge, leadership and organisational skills means every year we can deliver two Shows which stand out in the competitive global boat show calendar and keep our exhibitors and visitors returning to these much-loved Shows.

“I delighted about this nomination and proud to work with the whole team at British Marine Boat Shows. Led by Murray Ellis they work tirelessly and have a global reputation for putting on two world-class events for the benefit of British Marine members and the entire marine industry.”

The winners will be announced at a gala dinner taking place at ExCeL London on 30 March 2017.