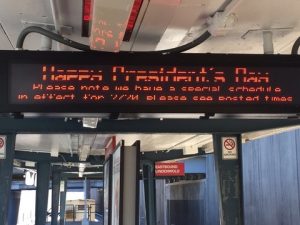 President’s Day in the USA. A great day on all screens; picture credits Anny Zade in Philadelphia

Among some of history’s most important and significant anniversaries this year is this double anniversary in the USA; the Presidents’ Day AND the President’s Day given the new occupant of the White House, Donald Trump.

We mention significant Anniversaries from the historic point of view but also for Shipping’s Business point of view – for example the Centenary of the American Club this year… What really led to its launching… We are fortunate enough to have Anny Zade visiting the USA and in particular the north East Coast’s historic maritime Cities and Ports of Philadelphia, New Jersey and New York; further to a previous mentioning  , she says: 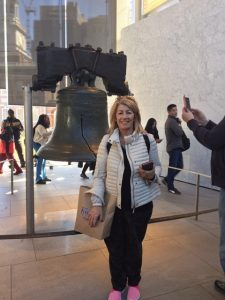 Anny Zade next to the famous Liberty Bell

The American people as well as all holidaymaker visitors, at least in the cities referred to above, enjoyed a fine day, full of sunshine and good temperatures – see the pics too and you will get the message of how important is for everyone pleasant weather particularly for a February and here all were out and about participating one way or another to this holiday’s festive events.

Presidents’ Day is officially known as Washington’s Birthday and is a federal holiday, celebrated on the third Monday of February, in honour of George Washington, the first President of the United States of America,  who was born on the 22nd of February 1732. It can occur on the 15th through the 21st of February inclusive. Still we know that with the old calendar that was the 11th February 1731…  This day is also now widely known as Presidents’ Day and is often an occasion to honour all persons who have served as president, not just George Washington. 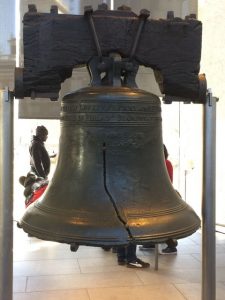 Now given what takes place today and the importance of the USA’ president in local and international affairs, this day is of paramount importance. Many come down to the streets, not to demonstrate as the pictures might tell you– as many believe, but to pass on to Donald Trump the message to use appropriately for all the RWAD. As a businessman he knows that; let’s see if he knows how to use same… We repeat: we hope he gets the message.

As said above this year too is the year of many important anniversaries which made Planet Ocean go round and spill over the mess too; so let’s remind you a few anniversaries:

The Bolshevik Revolution – 2017 marks the Centennial since the Bolsheviks revolution, as same is properly known, not the Russian Revolution with all due respect. This revolution ended the three-centuries old Romanov royal dynasty (another anniversary of 300 years)) with the atrocious civil war and the rise of Communism …err Socialism… which had a profound impact all over until today, heralding the collapse of the 300-year-old Romanov royal dynasty, a bitter civil war and the rise of communism, the revolution had a profound impact on the course of world history. 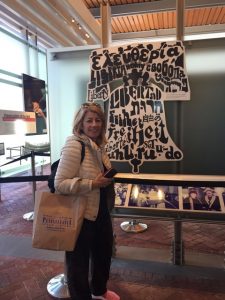 Hellenism and its language has its place – always on top

The USA enters the Great War as it was known; WWI today – Same happened 100 years ago on 6 April 1917. USA’s participation was a decisive turning point as t the result which shaped the world but not Peace, hence the WWII make this felt…

The Six Day War – is 50 (fifty) years …old this year involving the swift response of Israel against the forces of Egypt, Syria and Jordan and until today – following also the Yom Kippur War and other uprisings from both sides, made the Middle East a total mess… exporting both conflict and terrorism all over.  Regret but this is the absolute truth… 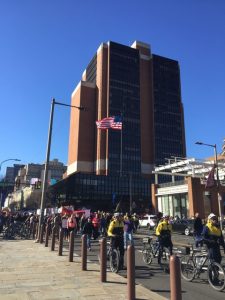 In continuation to the above, we have the Balfour Declaration, in other words the British support for “the establishment in Palestine of a national home for the Jewish people”. Another centennial to remember.

On another note, Sidney Poitier was born in 1927…

Now you get the significance of this particular anniversary and the responsibility of President Donald Trump is more than important in restoring Peace all over Planet Ocean and Humane Well Being. He must immediately rise to the circumstances! 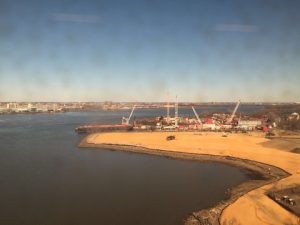 …and part of the Philadelphia port

We are sure the pictures too do help in the otherwise Greek-named American City of Philadelphia, interwoven with Tradition, Immigrants, American Maritime Grandeur, and … you name it!