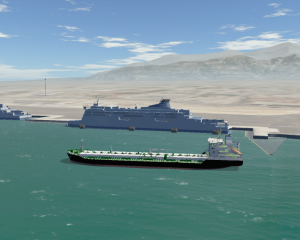 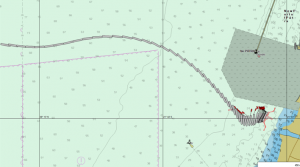 “The navigation simulation workshops were significant components in fostering collaboration with the project ports and port stakeholders. Through genuine discussions and interaction, we built a common knowledge base about the proposed bunkering operations within each port, aiming at improving operational effectiveness and mitigating risks”, underlines Anna Apostolopoulou, Poseidon Med II Project Manager for Lloyd’s Register.

The findings of the simulation workshops, which were concluded in Limassol in February 2017, will be integrated to the Environmental Impact Assessment Studies, along with other safety studies and assessment tools, all effectively contributing to the development of a thorough and robust safety impact assessment of the proposed LNG installations within the ports and the Revithoussa LNG terminal. 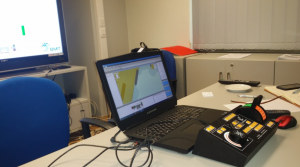 «These simulations, as they are assimilating interactively the results of the numerical simulations of wind induced wave disturbance in the Port’s entrance and around the berths of the LNG feeder vessels, constitute a valuable tool for the optimization of the design of the necessary harbour infrastructure, from the perspective of safety of operations», underlines Dr. Christos Solomonidis,  Poseidon Med II Project Manager for Rogan Associates SA. 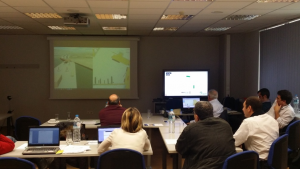 A snapshot from the navigation simulation workshop in Piraeus November 2016 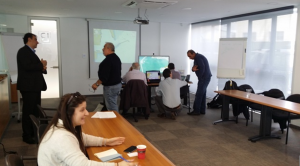 A snapshot from the navigation simulation workshop in Limassol, February 2017