Are art and cultural involvement the matchmakers between your port and the city? 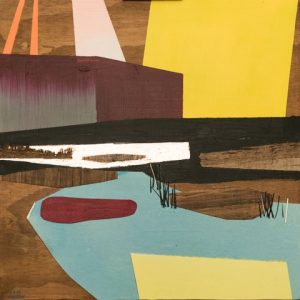 Are art and cultural involvement the matchmakers between your port and the city? Submit your project for the ESPO Award 2017!

17 March 2017 – The ESPO Award on Societal Integration of Ports is entering its ninth edition. The theme of this year is “Art and Cultural involvement of the port”.

The ESPO Award 2017 will go to the port that succeeds best in societal integration of the port with the city or wider community in which it is located, through involvement in art or culture. The ESPO Award jury will assess the level of engagement of the port, the innovative character of the involvement and/or cooperation and will look into the impact of this involvement in terms of bringing the port closer to the citizens and local community. The jury will not assess the artistic value of the project.

The ESPO Award was established in 2009 to promote innovative projects of port authorities that improve societal integration of ports, especially with the city or wider community in which they are located. In this way, the Award aims to stimulate the sustainable development of European ports and their cities.

Project submissions have to reach the ESPO secretariat by Friday 30 June 2017 at the latest.

The 9th ESPO Award will be officially handed out during an Award Ceremony and Port Night, which will take place on 8 November 2017 in Brussels.