Another volatile week – thanks to the Capers and Panamaxes 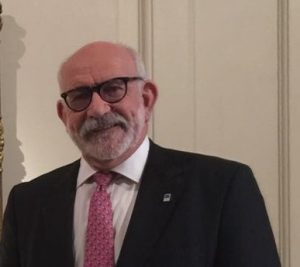 The BDI (Baltic Dry Index)  lost 27 points since yesterday and now stands at 1,297 points but managed to remain on a weekly basis on plus mode given that it was 57 points higher from last week’s closing at 1,240 points!

The Capers lost 93 points bringing the BCI 2014 down to 2,597 points, but with weekly gains of 115 from last Friday the 24th of March the market’s most volatile index was saved…

So the Capers and Panamaxes volatility saved the day! It remains though to be seen for how long this volatility and uncertainty will remain. The Markets need steam!

The Supras lost just a point with the BSI standing at 891 points. On a weekly basis  it was down five – rom 896 points.

Containers and conversely Container Groups are poised to merge, but wonder who will really call the shots and how companies will tackle world recession and possible hostilities coming up in some vital regions on Planet Ocean!

The Geopolitical situation remains in all fronts the same. The message in this trip is simple: we witnessed extreme security measures all over, and that’s good. We need to eradicate Terrorism to at all cost

Being on a tour since last Monday we have witnessed a lot of happenings this week in France and Italy– see previous reports.

Our road trip – coverage of France and Italy’s coast and places of reference included those important for Maritime Tourism ended upon boarding the versatile ro-ro/ferry “Superfast I” here in Bari from where we are uploading two videos by Anny Zade– watch same herebelow and do please  comment. In an hour’s time we set sail further south to Greece’s Port of Igoumenitsa.

Wishing all our viewers world-wide a nice and safe weekend; as always we warn you to be on guard from any eventuality as Terrorists loom in the background.

Capt. Antonio M. Padrón presided over the Boards of Examiners for Deck Officers at the Nautical School of Tenerife