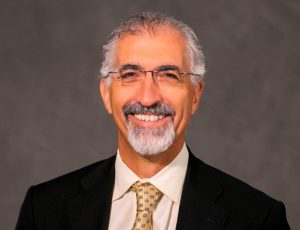 A transformative year for precious metal commodity prices has regenerated optimism on the part of one of the mining industry’s most savvy executives.

He says his enterprise, operating in Mexico, is well placed to withstand exchange rate turbulence.

“I think this currency war is getting started, and it is entirely possible we shall see not only higher rates but a weaker dollar. I think this will be about debasement of the currency, and sovereign debt will rise,” he said as he introduced a company and market update to investors in London.

Mr Cooke believes that Endeavour’s stance will shield it from macro-shocks, and that it is hard to see gold and silver pricing making substantial new moves.

Endeavour’s experience shows how closely the fate of infrastructure projects is aligned to commodity markets, and how a shrewd choice of operating territory can overcome some of the global issues.

He assessed that the US dollar is overvalued at this point. President Donald Trump “has been saying he wants a lower dollar to accomplish his trade goals.” This brought the situation closer to currency wars, but “the real benefit is to precious metal prices. The silver price is protected by a paucity of new mines globally.”

Most of Endeavour’s expenses are in Mexican pesos. The currency conflict implied a stronger peso, but possibly not beyond recent historical levels. The value of the peso against the dollar has risen 15% since November 2016, but the ‘bad news’ has been discounted so there could be renewed depreciation of the peso, Mr Cooke surmised, adding his view that growth in the American economy would “go missing.”

Endeavour, listed in New York and on the Toronto TSX exchange, is going through a period of transition “from old mines to new mines.”

Low metal prices at the beginning of 2016 led the company to cut spending on exploration and development at its three working mines, but production is expected to rise during 2017.

Production guidance is 10m ounces of silver equivalent in 2017, slightly higher than in the previous year.

Mr Cooke described the impact on his business of the rebound in the commodity market. “In January 2016, we talked about closing one of our mines and other measures. The transition last year from bear market to bull market means that we are once again focusing on growth. This year we can talk about a year of transition from survival to growth. Not only do we see growth again, but more profitable growth.”

The company, which was buoyed in 2016 by a total of $54m from two equity raisings, plans to build three new mines in the next three years.

In its latest announcement, it said that mineral resources and reserves at one of the prospective sites, its Terronera project 40 km northeast of the Pacific coast city of Puerto Vallarta, have increased significantly since a preliminary economic assessment in 2015. It hopes to get the green light soon to develop “our exciting new Terronera discovery.”

The company described the characteristics of Terronera as similar to those of its mines already in operation. Subject to remaining government permits, the management intended to seek the approval of its board to begin development.

A few days before that statement, Endeavour issued the latest news about its El Compas project – a “micro-mine, small but high grade” near the large city of Zacatecas, capital of the namesake state which is one of the largest silver producing regions in Mexico. Endeavour said that a preliminary economic assessment indicated robust economic returns.

El Compas is a permitted gold-silver mine with modern leased plant which has “good exploration potential to expand resources and good acquisition potential to consolidate other properties with stranded resources and exploration targets in the area.” The company paid $6.7m in shares during 2016 for the property, which is in a district where mining activity dates back almost 500 years. It has two small-scale underground mines that have yet to be fully explored. The district contains a host of privately-owned mines that have never been built, which means El Compas could become a multi-mine project.

Management has decided to develop El Compas, subject to receiving an explosives permit and further clarity over a new Zacatecas state environmental tax. Endeavour did not even need a feasibility study ahead of its decision on whether to ready the El Compas mine for production because it has successfully developed similar mines, because the capital required is low, at around $10m (funded by existing cash), and because there would be a short timeline of six months to initial production.

Mr Cooke said that the mine “has the near-term potential to become a healthy contributor to our consolidated cash flow.” The mine plan calls for output of 200 tonnes per day and the processing of 300,000 tonnes over a 4.3-year mine life, to yield a total of 583,000 ounces silver and 49,400 ounces gold.

The one disappointment in recent activity is that the company missed its target on late 2016 and early 2017 earnings at Guanaceví Mine, Endeavour’s first and richest mine, which has been consistently profitable. The mine, acquired in May 2004, is 260 km northwest of the city of Durango.

Slower mine development at Guanaceví retarded throughput, and grades were lower than planned. The company is improving underground infrastructure, and operations are expected to recover pace in 2017. The property covers 4,100 hectares in the fifth largest historic silver mining district in Mexico. Mining by the Spanish in Guanaceví dates from 1535 or earlier. In 1616, the Jesuit priest Francisco J Clavijero stated the Guanaceví district was already famous for its minerals.

El Cubo mine, which at the start of 2016 was under threat of being taken down to care-and-maintenance, contributed to the company’s treasury in that year for the first time since it was bought four years earlier. Reversing its gloomy prognosis for El Cubo, the company elevated it to operating at close to its 1,500 tonnes per day capacity.

Market Uncertainty Rules the Waves …as well as...