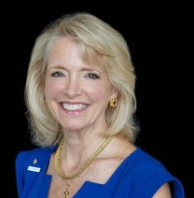 May 15, 2017 – Blank Rome’s Jon Waldron will open the North American Marine Environment Protection Association’s (NAMEPA) “Safety at Sea” seminar with an overview and update on how the Trump Administration is affecting the maritime industry.  The event is being held on May 22nd at the National Press Club in Washington DC beginning at 1330hrs for registration and will be followed by the United States Coast Guard AMVER Awards Reception.

“The flurry of activity being generated by the new Administration is overwhelming and requires a careful analysis of impacts—both intentional and unintentional” stated Mr. Waldron.  “My plan is to be as current as possible and shed light on recent activity.”

The seminar will feature the Chamber of Shipping’s President and CEO, Kathy Metcalf; CyberLogix’ Cynthia Hudson to address cybersecurity; the Rev. Marsh Drege of the North American Maritime Ministry Association (NAMMA) on seafarer welfare, RADM Linda Fagan of the USCG plus others from industry.