Top Posts
Don’t take chances where your health is concerned…
Large Diameter Drilling to partner with DEME Offshore...
Cyprus Ship Management Round Table Webinar and Debate
Lady Moura up for sale… plus more
Will the dollar decline? The changing landscape of...
TSUNEISHI SHIPBUILDING collects actual operation data by IoS-OP
Deltamarin is proud to be a part of...
Damen launches RoPax 6716 for the Port Authority...
Hot Port News from GAC
Marketing in Maritime Returns for 2021
Clean product tanker rates on US bound trade...
Home HRAwards The Greek International Women Awards
AwardsCharityEventsHRPeople and PlacesWISTA - Women in Shipping 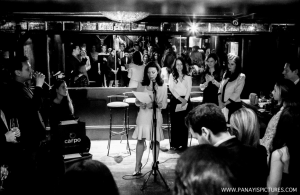 The Greek International Women Awards (GIWA) is a non-profit project, which wishes to recognise and reward the internationally distinguished professional achievements and outstanding performance of all women of Greek nationality and/or origination, who are spread across the globe, from Greece to Cyprus, UK, USA, Australia and Asia.

The GIWA Awards’ ceremony will take place for the first time on the 9th of December 2017 at the British Museum in London.

The event opened with a greeting from the GIWA Chair, Sofia Kostantopoulou–Papadopoulos and presentations by the GIWA committee members, Georgia Gavrilidou, Naya Boltetsou and Ioanna Paschalidou, who referred to the GIWA concept and vision, the nomination process, the candidacy and application process, the Awards’ Ceremony itself, the sponsors, the supporters and how one could get involved and contribute into it.

Afterward, several members of the GIWA Judges panel, who were present to the event, addressed a short speech, as follows:

The event was supported by the Greek Professional Women Network (GPWN), the chair of which, Olga Galazoula, addressed a short greeting.

The GIWA Logo is inspired by the wings of Nice of Samothrace and is designed by Natasa Lianou and Ermis Chalvatzis, from LC Architects, who were present at the event and shared with the attendees the story and the inspiration behind the GIWA logo.

The event was moderated by Nefeli Agkyridou, a journalist, who is based in London and is reporting for International and Greek media.

The event was covered by media sponsors: AllaboutShipping, EuGreeka.gr and Fay’s control.

The event’s music supervision was with DJ Avgoustinos from Hellenic Nights London.