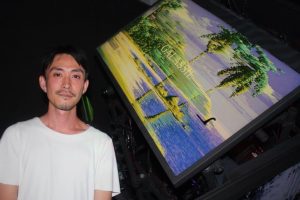 Here comes the Loch Ness monster, exerting inter-planetary influence. The legendary sea creature is appropriated symbolically in a dramatic installation by Japanese-born artist Shigetoshi Furutani as his contribution to the Graduate Exhibition 2017 of the Royal College of Art.

It is one of the most inventive projects from 23 college programmes, exhibited by more than 800 art and design postgraduate students. 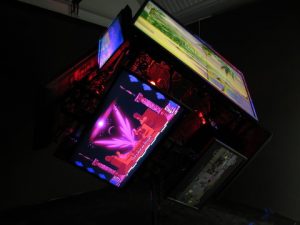 Shigetoshi is a still youthful “veteran” of the art show world, having already participated in 15 exhibitions in London, and others in Crete and Athens.

His installation is called Galassie, his name for an “unseen intergalactic organism” in the same way that Nessie is the familiar name for the beast reputed to inhabit Loch Ness in the Scottish Highlands. Technically, the structure comprises monitor, steel pipe, projectors and speaker and is 3 m high and 1.7 m wide and deep, but has to be seen to appreciate the imaginative nature of the concept, and the skill it must have taken to assemble it. 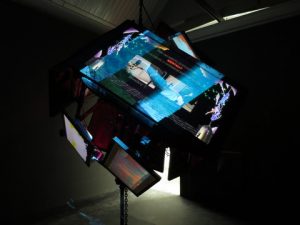 Another section of Galassie installation.

Nine screens pivoted on an axis in a darkened room show brightly-coloured video images, against a soundtrack that might as well have been plucked from a primeval swamp.

The message is futuristic rather than historic or mythological, though.

Shigetoshi says he has long pondered the questions: “How will humans advance into the future? Where is our destination?”

Whatever the answer may be to the desired aesthetic of a perfect world – without war, peace or work perhaps – the diversity of human beings is the dominant factor. “It would be impossible to pick one single ideological principle as we all live in different situations and possess vastly different personalities, so it is difficult to have an ideal world. The solution to the problem of our future must be absolute and accepting of our inability to agree,” Shigetoshi says in his commentary. 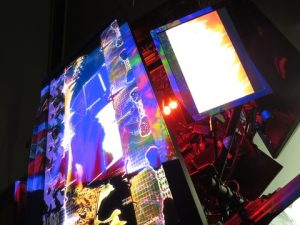 He posits alternatives. Plan A is that all humans merge into one creature so that everyone will have the same thought. This is not just sci-fi, he argues in this thesis. He cites research in 2012 by Miguel Nicolelis, a Brazilian scientist renowned for “reading monkey thought,” using two primates to show that it is possible to connect brains with technology.

“In fact, the same research was replicated on human brains and even between human and primate brains, yielding the same results. It is only a matter of time before this research transcends science fiction and enters our daily lives.” If this idea is shocking and you are opposed to such assimilation, you can go to plan B, continues Shigetoshi.

Plan B is continuing the tribalism of earth on other planets, satisfying people’s individual ideological preferences. Those who do not want to be integrated with other people must be allowed that choice. Another society can move to another planet. Even then, the same problems will surely occur – our lives are not simply defined by ideology, there is also the need to make our environment more comfortable and habitable.  To seek to overcome such problems, some members of that society could move to yet another planet. 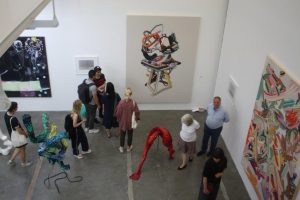 One of the many galleries.

As a result, the networks of technologically merged humans will resemble a cell: each network connected in an ever-increasing web of planets populated by humans adopting Plan A. Colonies can be connected by the same method, forming and growing organically.

At this point the galaxy network is formed. “Imagine, a network forming into an omnipresent creature. Eventually, the galaxy will become Life. Let’s call this unseen intergalactic organism Galassie, like [the nickname] Nessie in Loch Ness.”

All this is not so fantastic, the artist ruminates, given that the inventions of technology have changed a lot of human life.  Electricity and telecoms changed notions of distance and the smart phone changed human lifestyle. 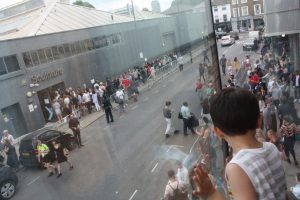 Shigetoshi, who was born in the Kansai region of Japan, is adept at conjuring visionary collage structures from digital art, capitalising on techniques he developed while working as a TV set designer in his home country. He builds on the techniques pioneered in Japanese movie and television animation and computer games. Having completed his two-year MA in printmaking at the Royal College of Art, with a grant from the Nomura Foundation, he plans to continue his practice in the UK, including collaboration with like-minded artists.

Shigetoshi says that his work explores “methods for visualising social and personal phenomena which do not have a conventionally recognised form.” He “attempts to develop responses to limitations of language and expand the expression of two-dimensional form in an age of social media, and engages with the limits of chaos and order, generativeness and restriction.” 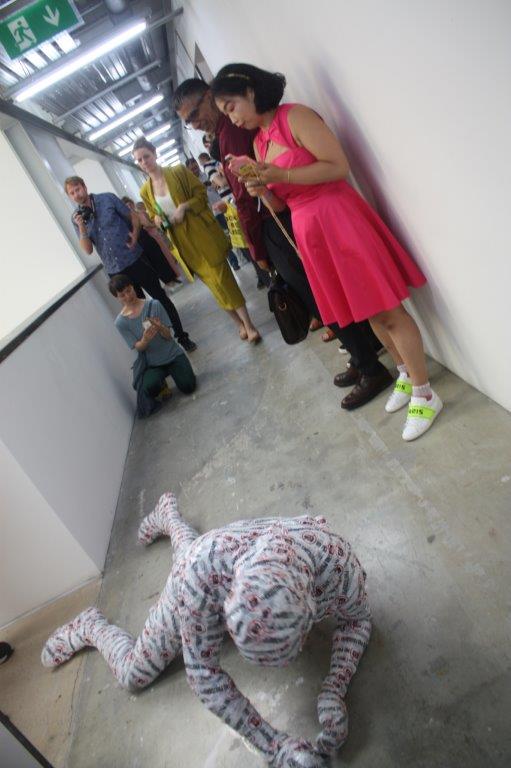 Meanwhile, the Loch Ness monster, or at least its image, remains in the swim, even beyond the loch that is the largest body of freshwater in Britain. A seventh century monk was the first person to claim to have seen the Scottish Nessie.

The latest sighting is, according to an article in the Daily Mail of London, a Russian version of the monster. Photos taken at Lake Khanto in the West Siberian city of Noyabrsk appear to show a white head and part of a body of a sea monster.

Huge crowds lined up to see Show 2017, the graduate exhibitions at the Royal College of Arts campuses at Battersea, Kensington and Lambeth High Street. Outdoor and indoor performance art drew a good share of the spectators. 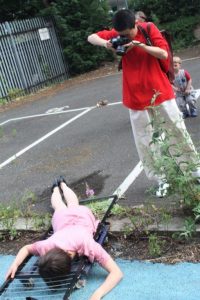 Who pays the damage for BDI’s volatily?