From Plastic to Fantastic: Students’ GreenSeas bin is a ‘shore’ thing 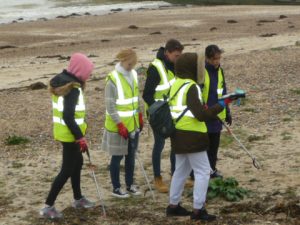 The environmental charity GreenSeas and university students are determined to change the ‘Can’t be bothered’ attitude to responsible waste disposal.  Their mission began last week on a beach in the South of England ….….

GreenSeas Trust and the University of East London (UEL) design students combed the East Beach in Littlehampton last week. Their survey was part of an initiative to design and install ‘behaviour-changing’ waste bins. The marine debris found was analysed and quantified. Not surprisingly, plastics objects made up the majority of the litter found. 8 million tonnes of plastic debris is dumped at sea each year and it is estimated that 5.25 trillion plastic particles are floating in the world’s oceans at any one time. While Plymouth University revealed plastic is found in one-third of all fish caught off UK shores1. 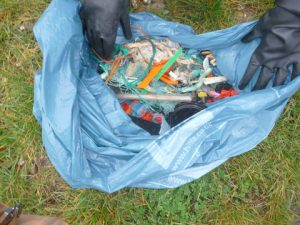 Fazilette Khan, a trustee of GreenSeas said, “If people want to use single use plastic that is a choice they make, but they must be responsible for the waste they create and how they dispose of it.  The ‘I can’t be bothered’ attitude has to change. By recycling, we can save resources, energy and the marine eco-system.”

Arun District Council and Biffa, whose municipal division handles local waste, are supporting the project. Staff were keen to show the students the operation of waste removal and the importance of taking the elements into consideration when designing their bins. The windy conditions at Littlehampton, did not deter the students, whose enthusiasm had many locals enquiring about the project and wanting to know how they could lend their support to the project. 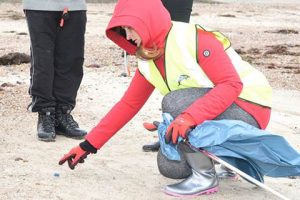 “These smart students from UEL recognise the threat of plastic pollution to the future of our seas and bring a fresh perspective to this campaign.

We’re looking forward to working with other local authorities and sponsors to provide the useful installation of these designer bins at coastal points across the country to help millions of seaside visitors play their part in removing plastic from our oceans” said Fazilette. 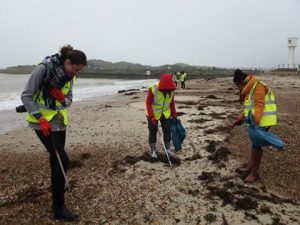