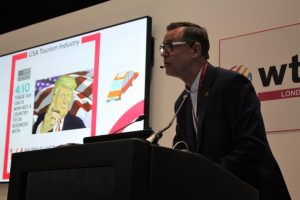 Italy, Greece and Tunisia are among countries poised to benefit from tourism industry optimism over the year ahead. There are nerves among sellers and buyers of holidays though about the impact of terrorism, Brexit and the policies of Donald Trump.

Findings of the World Travel Market 2017 Industry Report, released on the first day of WTM 2017 in London, were that three-quarters of industry professionals expect travel overall to grow in 2018.

Italy was the most popular destination with six out of 10 holidaymakers and 70% of the trade. Italy came ahead of the US (54%), Greece (48%) and Cuba. For their own vacations, members of the travel trade favoured Italy, Greece and Spain.

Some 54% of industry respondents said they were planning to have business connections with Italian companies in 2017, well ahead of Greece at 35% and Turkey 28%. 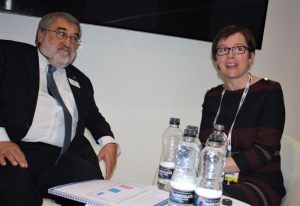 Tourism in Italy is doing well, thanks to its range of attractions and a shift away from less stable destinations, according to Euromonitor International.

The Euromonitor report said: “Spain, Greece and Italy are performing strongly, as they offer a similar climate to affected countries such as Turkey, Egypt and Tunisia.”

The Greek tourism industry is having a bumper year in 2017, with good prospects for 2018. Research among the travel trade found that 48% of respondents are looking to talk to Greek exhibitors at WTM, with 83% of them expecting to sign contracts. Some 38% predicted their company would do more business with Greece in the coming year, while 35% planned to have business conversations.

A surprise result was that Heraklion in Crete is set to be the strongest performing city not just in Greece, but in Europe as a whole, in 2017, as visitor arrivals are forecast to rise by more than 11%, while Athens will see arrivals increase by 10%.

Two in five British holidaymakers said they might visit Tunisia, now that the Foreign Office has relaxed its travel advice.  Tunisia had been hard hit after two dreadful terrorist attacks, one on a beach and the other at a famed museum.

Before 2015, about 420,000 British people travelled to Tunisia annually, but that fell to just over 23,000 in 2016 after the Foreign Office warning. When the advice was relaxed in July, tour operators such as Thomas Cook started selling holidays to the North African destination again. 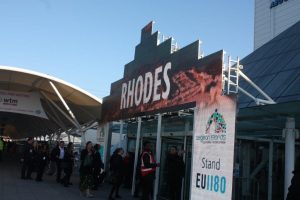 The report calculates that as many as 9m British consumers are considering a summer holiday in Tunisia in 2018.

The WTM report, which was introduced by BBC television presenter Aaron Heslehurst, indicated a big Brexit impact on the industry.  More than 40% of UK firms which employ foreign workers expect recruitment to be affected, and some say they have already lost staff. Some reported that more than 20% of their non-UK EU national employees have left because of long-term uncertainty over their status. Almost half of the travel businesses are having difficulty hiring EU people.

Just over half of the travel trade professionals quizzed said that Brexit would have a negative impact on the UK’s reputation as a holiday destination, and British travellers are worried about dearer holidays abroad, as sterling remains weak. More than one in three British holidaymakers were concerned about losing their entitlement to free healthcare in Europe. In addition, they are worried about being cut off from the protection of EU flight delay compensation, and of forfeiting free mobile roaming which kicked in only this summer.

Harold Goodwin, a professor at Manchester Metropolitan University who specialises in sustainable tourism, said that 13% fewer British tourists visited the Republic of Ireland in 2017.

The UK inbound trade feels that there is much benefit to be had from the cheaper cost of sterling. Some 40m overseas visitors are expected in 2017, up 6% on the previous year. They will spend the equivalent of $36bn, which is 14% more than in 2016. One travel expert said: “The UK has never been better value.” There was a 67% rise in US visitors this year.

Tourism into the US is said to have been less popular in July and August but to have picked up in September and October.

The survey showed that fear of terrorism is on the rise, both among holidaymakers and the travel trade. In 2016 more than one third of travellers said they were concerned about terrorism, and in 2017 this has risen to more than half.

Caroline Bremner, head of travel at Euromonitor International, said that while there had been a shift to destinations perceived as safer, “you have to accept that [worry over] terrorism affects all destinations.” She noted that there were examples of resilience: an attack in Barcelona prompted an immediate tourism downturn, but in the weeks following it picked up again.

She said that UK household budgets were under pressure as the economy slowed and interest rates rose, and the price of oil fed through into costs.

On the anger in some cities about “over-tourism,” Prof Goodwin said that a lot of countries were doing great work in distributing tourism across their regions, but the iconic destinations would always be top of people’s lists. “Part of the challenge of tourism is the way you manage the tourists when they are in the place.”