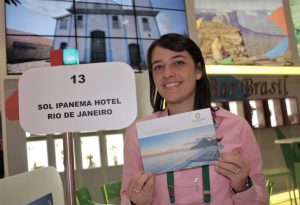 The success of the Rock in Rio series of extravaganzas, the Olympic Games and the World Cup has proven the ability of Rio de Janeiro to organise and handle huge events, Brazilian representatives told delegates to the World Travel Market 2017 at ExCel Centre, London.

Vinicius Lummertz, president of Embratur, Brazil’s state-owned tourism agency, said the country aimed to equal or exceed levels of visitor attendance at the 2016 Olympic Games. He said that the city on Guanabara Bay was ready in terms of infrastructure and had valuable experience in holding major events, including “the two biggest spectacles on earth, Carnival and New Year’s Eve in Copacabana.” 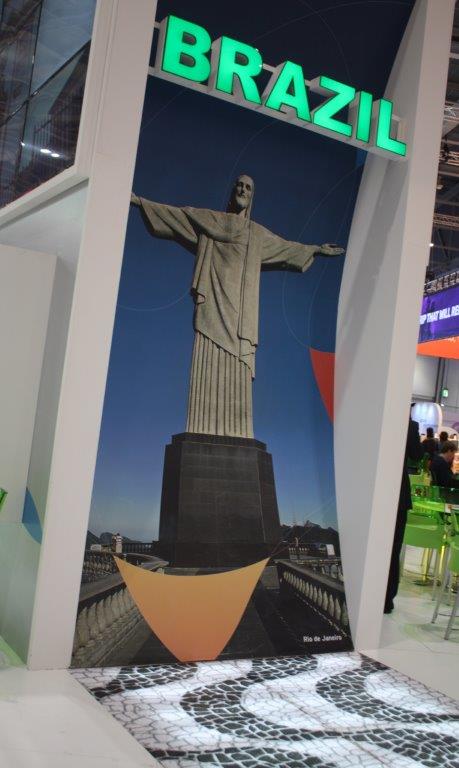 Rendition at WTM of Rio’s Christ the Redeemer statue.

Rio received one of the largest amounts of private and public investment of any city in the world. The private sector had ploughed in $10bn as Rio doubled its capacity in terms of hospitality in the last 10 years, with new four- and five-star hotels and many properties listed on Airbnb.

There was a new metro line connecting the Barra da Tijuca hotel and entertainment suburb with Leblon, a high-end zone neighbouring Ipanema; and investments in new museums.

Rio remained the number one visited destination in South America, with 2.3m tourists from abroad, a figure similar for two years running; and internal tourism of 7m. “We think the potential is for more, and you all know that,” Mr Lummertz told journalists.

He admitted that Rio was hindered by distance in the eyes of some tourists, and needed a firm calendar of event attractions, and this was being developed.

Mr Lummertz said that he had been asked by a journalist about security at big events: “Do you feel safe? The answer was, yes, I do. I asked the journalist whether she felt safe amidst 2m people in the New Year’s celebration at Copacabana or safer in a large European city. In Berlin I saw the army on the streets after a terrorist attack in Germany. It is not a criticism, it is a balanced argument. Around large events, Rio has been very safe.”

Michael Nagy, director of Rio Convention and Visitors Bureau, said that the city had built on the Olympic legacy including new uses for constructions at the Barra Olympic Park and a new system of express buses integrated with train, ferry and subway. He said Rio was ready for large and small events and wanted “more Carnivals and more New Year’s Eves” throughout the year. In February 2017, some 1.1m people enjoyed Carnival. 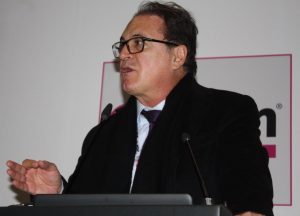 In addition to the famed attractions such as Christ the Redeemer statue, Corcovado and Sugar Loaf mountain, the city was promoting the extensive green spaces within its boundaries, including Tijuca national forest.

He said that crime was being tackled in several ways, including extensive closed-circuit television monitoring linked to sophisticated operations centres, and a system put together by the hoteliers’ association at Tijuca. The federal government had a task force working on the issue, and tourist police who speak English were available. Unarmed municipal police were on patrol, and armed military police stood by.

The 2017 seven-day Rock in Rio event attracted a total of 750,000 people to the City of Rock Olympic Park, which was built in 2011 to replace the original City of Rock in Barra da Tijuca. 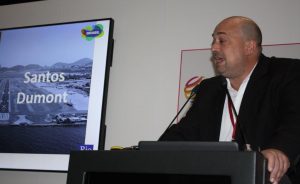 The rock festival was inaugurated in 1985, when Brazil was emerging from years of military dictatorship, and was the first of such a scale in South America.

Rock in Rio later branched into Lisbon, Madrid and Las Vegas. Seven editions of the festival have been staged in its city of origin. At the latest in September 2017 the featured artists included Maroon 5, Justin Timberlake, Aerosmith, Bon Jovi, Guns n’ Roses, The Who, and Red Hot Chili Peppers. 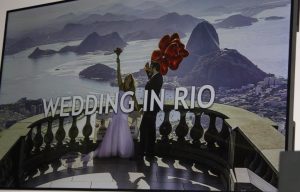 Among those taking a booth at WTM was Sol Ipanema four-star hotel, which says it is “at the spot where Rio is most Rio, right in front of Ipanema beach.” It includes a business centre and is close to the subway. The pool has “breath-taking ocean views from Ipanema to Leblon,” according to the brochure presented to business contacts by sales and marketing manager Juliana Girão.

The Markets: …did I hear you uncertainty..?