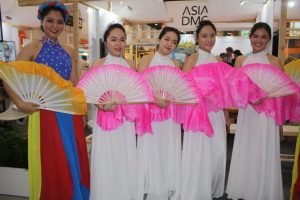 One of America’s most in-demand film directors has lavished praise on the people and landscapes of Vietnam, a prime location for his hit fantasy movie which has been described as one of the best of the monster genre.

Jordan Vogt-Roberts was welcomed to a non-drama stage – the platform of a press conference at the World Travel Market 2017 in London – to voice his support for Vietnam’s tourism drive. 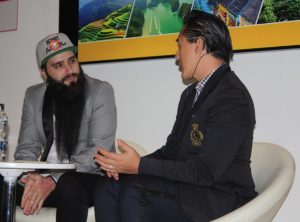 He has in his time directed comedy, branded content and coming-of-age screenplay, and most recently a feature film that has been described as “a reboot of the King Kong franchise” and had a stellar line-up involving among others Tom Hiddleston, Samuel L Jackson, John Goodman and Brie Larson – the last-named also a great fan of Vietnam.

The 118-minute Kong: Skull Island relates the adventures of a group of scientists and Vietnam War soldiers who explore a mythical, uncharted island in the Pacific Ocean, encountering the scary killer Kong.

Mr Vogt-Roberts said he had scoured the world for suitable settings for the big scenes before settling on Vietnam.  “From a cinematic perspective, we had not seen this before,” he exclaimed. “These images [in the film] do not come close to doing it justice,” he said of the rainforest scenery.

“It is not just the landscapes, it is not just the visuals, it is the worth and graciousness and appreciation of the people” that made it a must for tourists to visit the country, he said. He urged those who go there to dine widely, but especially to “eat the street food, sit on the plastic stools and be charmed as the wonderful people come and serve you.” 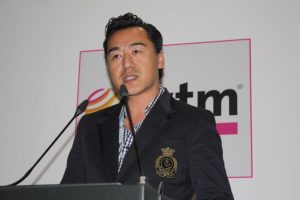 The film-maker felt it was worth travelling thousands of miles, as he had done, to communicate his passion for Vietnam. Forbes magazine praised the 2017-launched Kong: Skull Island for its “stunning visuals and gorgeous cinematic sights.”

Vietnam more than doubled its stand capacity for WTM 2017, with representatives of flag carrier Vietnam Airlines and of many individual operators participating in addition to the national administration for tourism, and tourist boards.

During the London press conference, attended by diplomats and tourism officials, Linh Le, group managing director of Hanoi-based tour operator Asia DMC, said that Vietnam had seen “fantastic growth” in tourism to the point where it contributed 7% to gross domestic product. Tourism had been officially defined as a key industry. 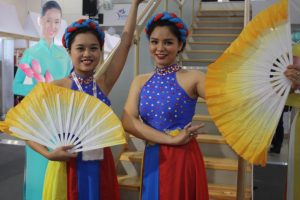 Visitor numbers were up in 2016 and in the first 10 months of 2017. Most visitors, some 55%, came from northeast Asia. Internationally, China was the largest source, followed by the US and Europe. There was a visa-free policy for arrivals from leading European countries. From January to October 2017, 86 hotels of three- to five-star standard had opened to help meet demand for accommodation.

Mr Le extolled the differing characters of the capital, Hanoi, and the main commercial hub Ho Chi Minh City, and made special reference to Ha Long Bay, 165 km from Hanoi.

Sited on the trade route between Vietnam and China, Japan and Thailand, the bay had considerable commercial importance in past centuries. During the 12th century, the region was home to Vietnam’s first big trading port, Don Van Port. 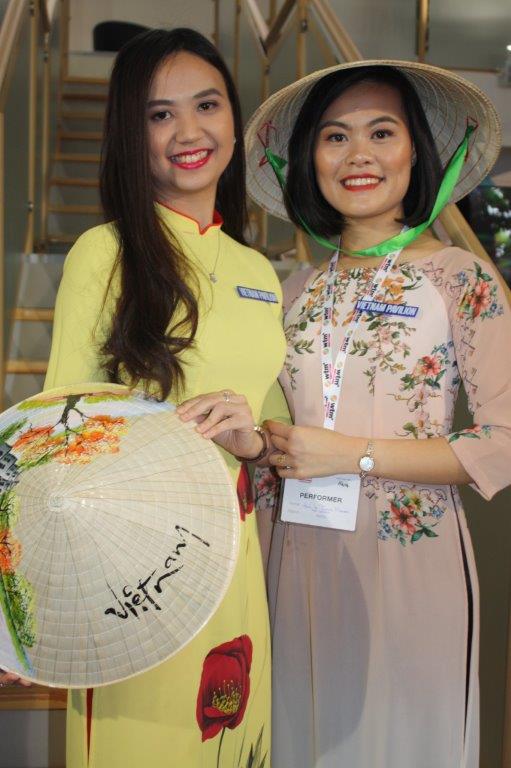 The charm of tradition.

Ha Long Bay has 1,969 islands and islets, with a spectacular seascape formed by their majestic limestone shapes and structures topped by lush growth. Now a Unesco world natural heritage site, Ha Long Bay is a popular area for boat trips. The excursion craft, and larger ships, stay well clear of the channels that were mined by the US Navy during the Vietnam War.

Near the border with Laos is what many consider to be the largest cave in the world, Han Song Doong at 5km in length.  Visits are restricted to protect the ecology.

Mr Le, an Australian citizen of Vietnamese origin, said that culinary tourism was “really hot” with varieties of pho, spring rolls and noodle soup worth exploring. A total of 54 ethnic minority groups live in Vietnam.

In response to concerns generally over the threat from excess tourism, Vietnamese officials at WTM claimed: “The government has done a good job to limit the man-made footprint.”