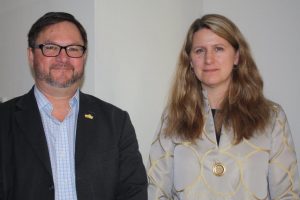 In what might be a first in investment circles, a husband and wife have delivered presentations on the same occasion in London detailing progress at their respective mining development and exploration companies.

John McConnell is leading Victoria Gold Corp to development of the largest gold mine in Yukon history, and his wife Tara Christie separately heads Banyan Gold, an early-stage exploration venture.  Both projects are in Yukon, a Canadian territory where the two have committed much of their personal and professional life. What they call “a new Yukon gold rush” is underway in an underexplored gold belt in which several established producing companies have invested. 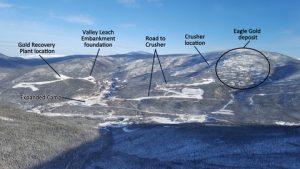 The two executives first met at a mining convention in Dawson City (a place on the banks of the Yukon River which gained fame as the centre of the Klondike Gold Rush of the end of the 19th century) and have been together as a couple for seven years. They commute between homes in Vancouver, the Yukon capital Whitehorse, and the small village of Mayo 400 km north of Whitehorse.

This November, they presented in London and Zurich to investors on what they, and analysts, believe is a promising outlook for their individual companies in 2018. 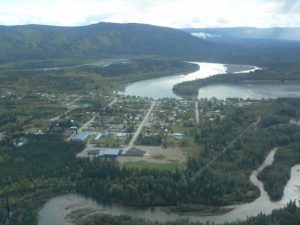 Victoria Gold, market capitalisation $274m, has a “shovel-ready” project in central Yukon, with phase one construction of the proposed Eagle Gold mine underway at a site which benefits from “great infrastructure.” Among other advantages, it is eight hours by all-weather highway from the port of Skagway, Alaska.

The 555 sq km property, at Dublin Gulch, is 85 km by road from the village of Mayo, and contains the Eagle Gold Project, the most advanced in the region.

The Eagle gold mine would take one year to construct and then produce 200,000 ounces of gold annually from a 1,300m conventional open pit, three-stage crushing plant, in-valley heap leach and gold recovery plant operation at an operational cost of around US$550 per ounce. 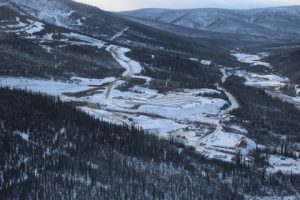 Permitted for construction and operations, the Eagle gold deposit hosts a National Instrument 43-101 compliant reserve of 2.7m ounces of gold, including a satellite deposit named Olive. These proven and probable reserves are from 123m tonnes of ore with a grade of 0.67 grams of gold per tonne.

An initial 10-year mine life is envisaged, and there is potential to expand the mine life for a further six to 10 years.

Victoria Gold (TSX.V: VIT) has built a strong cash position to enable it to advance development at Eagle.  The company has also finalised a US$220m debt facility. 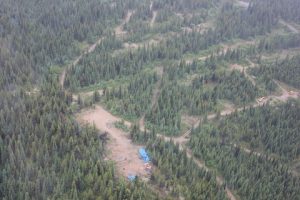 The Eagle Gold project has a 210-person (being expanded to 400 people) all-season camp at the site. The project is expected to employ 350 to 400 people and will be a significant economic contributor to Yukon, where the population of the entire territory is some 35,000.

Victoria Gold’s $40m phase one construction programme in 2017 was structured to de-risk the earthwork areas of the capital budget and to prepare the site for efficient construction activities in phase two in 2018-19. 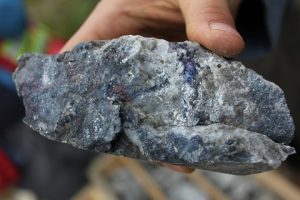 The company still needs to raise approximately US$100m towards building the mine and working capital needs. The board is considering several options for financing: issuing equity; attracting a strategic investor; aligning with a big corporate investor; royalty and streaming; a loan tied to the gold price; or issuing convertible debt.

In addition, the company committed $12.5m to its 2017 exploration programme, to encompass extensions to the Eagle Gold project, and eight other targets including some with names reminiscent of the Popeye cartoon films (Olive-Shamrock, Spinach, Bluto and of course, Popeye).

Mr McConnell acknowledged an industry saying that “grade is king,” but added that “smart investors will delve deeper” to look at recovery and strip ratio, on which Victoria Gold was ahead of its peers. The all-in sustaining costs measure of gold production from Eagle is under US$650 an ounce.

After the recent release of drilling results, analyst Richard Gray of Toronto-based investment advisors Cormark Securities confirmed that his brokerage saw Victoria Gold as “a strong opportunity for risk-tolerant, long-term gold investors looking for a de-risked asset in Canada.” Another commentator described Victoria as “an attractive buyout candidate.” 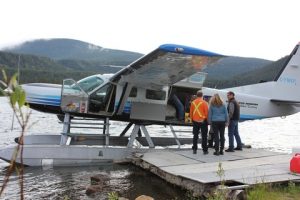 Although the commodity price of gold has lately been sluggish, Mr McConnell points out that the price has risen in all recent years except 2013.

Victoria Gold has built good relations with local people: there is an impact benefits agreement with the First Nation of Na-Cho Nyak Dun, and many high-value contracts are with the Nacho Nyak Dun Development Corp.

Located where the Mayo and Stewart rivers meet, Mayo features a paddle-wheel steamship in its logo. The village originated as a river settlement in 1903, where silver, zinc and lead ores mined in the region was loaded onto sternwheelers to be shipped to Whitehorse.

The area experiences the greatest range of temperature of anywhere in North America.  Mayo holds the record high for Yukon, at 36.1 degrees Celsius in June 1969.  The lowest for Mayo was minus 62.2 C, in February 1947. Victoria’s operation is all-weather. 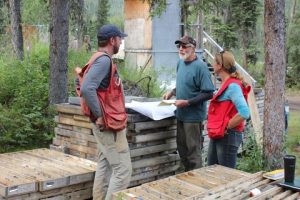 Mr McConnell, who graduated as a mining engineer, has more than 35 years of mining experience, mostly spent in Canada’s northern territories. He was president and chief executive of Western Keltic Mines until it was acquired by Sherwood Copper; and earlier he was vice president, Northwest Territories Projects, for De Beers Canada where he was mainly responsible for the permitting and development of Snap Lake Diamond Mine.

Banyan Gold (TSX.V: BYN), of which Tara Christie is president and chief executive, is at this stage operating on a smaller financial scale, with a market capitalisation of C$7m, but it has support as shareholders from Victoria Gold (5%) and Alexco Resources, a miner listed in Toronto and on the NYSE American exchanges (6.3%).

Banyan’s flagship activity is advanced exploration east of Whitehorse at what it calls its Hyland project, on which it is spending C$1m for 2017. A property of 186 sq km, it has large regional resource potential, with a deposit upgradable to more than 1m ounces of gold. Infrastructure including seasonal road access (and by float plane in summer).

Another initiative, its early-stage Aurex-McQuesten project, is a “strong value proposition” with multi-million ounces potential. It is on prospective ground between Victoria Gold’s Eagle project and the Keno Hills high-grade silver district of Alexco. The 9,230-hectare land package came with a huge database of soil samples and geochemistry when acquired from Victoria Gold and Alexco.

Banyan management is on watch for other project acquisitions, having what it says is “a proven track record for finding quality properties.”

A geological engineer, Ms Christie has been running exploration and mining businesses for 20 years. For over 10 years, she was president of privately-owned Gimlex Gold Mines, one Yukon’s largest placer mining operations. She has been on the board of Constantine Metal Resources since July 2006, and has been a board member of the Prospectors & Developers Association of Canada; and was a founding board member of the Yukon Environmental and Socio-Economic Assessment Board.