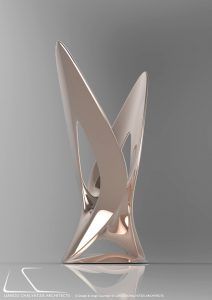 We are delighted to inform you that the inaugural ceremony of the Greek International Women Awards (GIWA) 2017, will take place on Saturday 9thDecember 2017 at the British Museum in London. At the event, 11 talented Greek female professionals will be announced as the winners of the GIWA awards, representing different fields of activity. The renowned journalists Ms Alexandra Paschalidou and Mr Alexandros Kostalas will host the ceremony.

GIWA awards are an ambitious initiative, aiming to recognise Greek professional female talents worldwide; It is based on a transparent and open process that happens through public voting on the GIWA electronic platform and recognises and rewards female personalities of high calibre, distinguished in a number of fields: the Arts & Design, Finance, Science, Entrepreneurship, Hospitality, Shipping, Fashion, Social Science, Social Responsibility and Sports, as well as young women aged 18-23 years old. Overall, 147 women were among the applicants of the GIWA awards and 75,000 people from 9 different countries voted via the GIWA platform to select the shortlist of applicants.

The GIWA committee is proud to honour Mrs Eleni Glykatzi-Arveler with the ‘GIWA Lifetime Achievement Award’, the flagship award of the ceremony.

The GIWA awards are under the auspices of the Greek Embassy in London. 33 Judges with high acclaimed profile participate in the selection process. Aphrodite Hills and Libra Group are the main sponsors of the ceremony, together with a number of other international enterprises, media institutions, accredited professional societies and non-profit organisations.

Mrs Sofia Constantopoulou, GIWA Committee chairman says: “All of us at the GIWA Committee are very proud of our effort to establish an institution that honours and recognizes Greek women with significant international achievements. We would like GIWA to uncover the hidden talent of Greek women around the world and through their recognition, bring Greece back to the map of excellence”.

A number of dignitaries eminent in the above-mentioned categories will be attending the ceremony to lend their support to this initiative and promote Greek female talent worldwide.

The musical acts of the night will add their own celebratory tone to the ceremony; They include the talented classical music trio Michael Iskas, Kalliopi Mitropoulou and Iñigo Mikeleiz-Berrade and the up and coming international Greek singer with his band, Leon of Athens.

A reception will follow with the participation of acclaimed DJ Avgoustinos Galiassos of Hellenic Nights London.

More information on the GIWA ceremony and the possibility to reserve tickets is available at http://greekinternationalwomenawards.com

Breaking News: What’s happening at the Gherkin in the City?