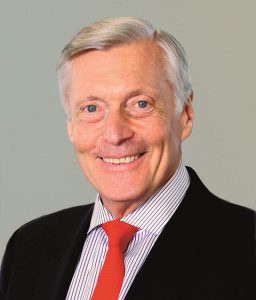 NEW YORK, JUNE 25, 2018: Despite a challenging trading climate, the American Club made excellent progress during its 2017 centennial year.  Members attending the one hundred and first Annual Meeting of the Club in New York last Thursday heard that its business had developed positively over the previous twelve months, and 2018 had started on an encouraging note.

Following vigorous tonnage growth in 2016, the Club had experienced a further uplift of 8% in P&I entries and a 6% increase in FD & D business during 2017.  Moreover,  the portfolio renewed at February 20, 2018 continued to enjoy an outstanding profile, with a trailing five-year gross loss ratio of only 48%.

The Club recorded a net operating surplus of $5.7 million for the financial year to December 31, 2017 compared with a loss of just under $2 million in 2016.  With unrealized gains on investments taken into account, the Club’s bottom line earnings were $6.2 million for the year, a turn around of more than $11 million by comparison with 2016.These positive results led to increases in both GAAP and statutory surpluses at year-end 2017 of over 12% (to $57.6 million) and about 13% (to $74.8 million) respectively.

Incurred losses were significantly lower during the year to December 31, 2017 ($36.3 million) by comparison with the figure twelve months earlier ($70.8 million), a reduction of nearly 50%.  Although reinsurance costs grew during the year, having an impact on net premium earned over the period, management allowances declined by more than 5%.  Part of the increased reinsurance expense related to a new program covering the Club’s retained exposures, affording it excellent net claims protection for the current and future years.

As to policy year development generally, the favorable trends of the recent past had continued into 2017.  In particular, attritional claims for 2015 had been modest and had contributed to the substantial surplus for the year.  Retained exposures for 2016 were holding steady, while those for the 2017 policy year were following a similar direction.  Although not as favorable as they had been in earlier years, losses within the International Group’s Pool also continued to develop at a moderate pace.

Initial claims indications for the 2018 policy year were very favorable, with losses for the Club’s own account after the first four months emerging at a level some 35% better than the previous year at the same stage.

The Club’s investments had generated an overall return of 8.1% during 2017, the best result in nearly a decade.  This was a substantial improvement onthe return of 2.4% during 2016.

The Club’s Eagle Ocean Marine (EOM) fixed premium facility had performed strongly in 2017, and into the early part of 2018.  Annual compound premium growth had been in excess of 20% since 2015.  Gross income for the latest facility year, which was to conclude on June 30, was in excess of $10 million.  Since inception, EOM had enjoyed a cumulative combined ratio of about 70%, inuring to the benefit of both the Club and its co-venturers at Lloyd’s.

In consequence of these trends, and reviewing the results of the 2015 policy year specifically, the Club’s Board resolved formally to close the year without call in excess of the original forecast.  The surplus on closure, of approximately $12 million, would be transferred to the Club’s contingency account.  At the same time, in view of its improving development, it was decided to reduce the release call margin for the 2016 policy year from 15% to 10%.

The fortunes of American Hellenic Hull Insurance Co., Ltd. – the Solvency II–accredited investment of the American Club domiciled in Cyprus – had enjoyed a positive trajectory during 2017.  The company had largely exceeded its commercial targets during the period, being ahead of plan in relation both to gross premium written and to the number of vessels insured.  The Club also continued to benefit from the cross-selling opportunities for its P&I business which had arisen from its involvement with this internationally respected insurer of hull and war risks.

In July 2017, the American Club won the Seatrade Investment in People Award.  In September, Ms. Dorothea Ioannou, the Managers’ Chief Commercial Officer, won the Lloyd’s List Global Next Generation in Shipping Award, a testament to the Club’s current service reputation and the market’s expectations of an equally illustrious future       .

The implementation of new safety initiatives continued during 2017. They included two pocket guides – Good Housekeeping and Signing Bills of Lading; and guidance on seafarer mental health – What’s on your Mind?  In addition to publishing other loss prevention material, the Club had recently initiated a joint venture with the American Bureau of Shipping (ABS) and Lamar University of Texas to identify, assess and disseminate near-miss and casualty information relevant to the human element in maritime transportation.

At the Annual meeting of the Club’s Directors, which took place immediately after that of the Members, Mr. J. Arnold Witte of Donjon Marine Co., Inc. and Mr. Markos Marinakis of Marinakis Chartering, Inc. retired from their positions as, respectively, Chairman and Deputy Chairman of the Board. 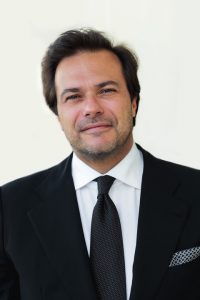 Mr. George D. Gourdomichalis of Phoenix Shipping & Trading S.A. was subsequently elected as the new Chairman of the Board and Mr. Robert D. Bondurant of Martin Resource Mgmt. Corp. was elected as Deputy Chairman.  In recognition of their service over a period of great change and exceptional progress in the affairs of the Club, Messrs. Witte and Marinarkis were accorded the honor of continuing to hold their former offices emeritus on a special vote of thanks of their fellow directors.

In reviewing the results of the Club’s centennial year, Mr. Witte, the retiring Chairman, said: “I am pleased to have concluded my tenure as Club Chairman in celebrating its centennial year and being present to look forward to the Club’s next century of service to the global maritime community.  I have been supported with unwavering commitment by my Deputy, Markos Marinakis, for more than a decade, and most ably assisted by the distinguished professionals who have served with us over the years on the Board.  I have no doubt that the Club will go from strength to strength in the future.”

Mr. Gourdomichalis, the new Chairman, said:  “I am honored to have been elected by my fellow Directors to serve as their Chairman.  I salute Arnold Witte and Markos Marinakis for their exemplary service in the past and look forward to working with my friend and colleague Bob Bondurant in the discharge of our responsibilities in the future.” 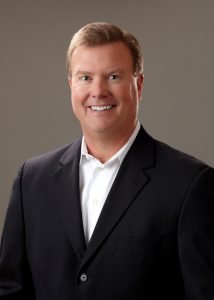 Mr. Gourdomichalis continued: “We are all committed to the continuing success of the American Club and, working closely with our Managers, I am certain that we will build on the great progress of recent times to secure yet further achievement over the years ahead.”

In conclusion, Joe Hughes, Chairman and CEO of Shipowners Claims Bureau, Inc., the Club’s Managers commented:  “2017 was a year to remember for the American Club.  The celebration of its centennial proved to be an auspicious backdrop to the success it achieved in many areas of its activities.  The Club has commenced its second century of service better placed than ever to exploit the opportunities of the future.”

Capt. Heinrich Schoeller, explains the journey from a boy’s dream to today’s success on “It’s ALL about Shipping”