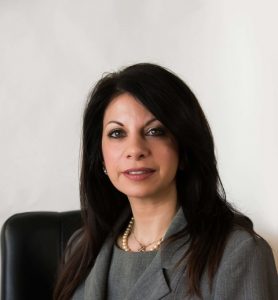 New York, July 30, 2018:  Shipowners Claims Bureau, Inc. (SCB), the Manager of the American P & I Club, has recently announced a series of appointments designed to service the Club’s growing membership and help fulfil longer-term goals of continued expansion.  The American Club has grown its membership substantially over recent years, tonnage having increased by some 25% over the past 24 months, and these appointments are intended to consolidate the Club’s continuing service capabilities in the future.

The recent appointments are as follows:

Commenting on the appointments, Joe Hughes, Chairman and CEO of the Shipowners Claims Bureau, Inc. said:  “I am delighted to announce these senior management appointments.  The American Club, through its Managers, is proud of the level of service it offers its Members, the quality of advice it dispenses and the relevance of the cover it provides.  This ability is a result of the experience and dedication of our people.  I am particularly pleased therefore that these recent appointments both reinforce this ability to serve and also reward the efforts and loyalty of some of our most capable, seasoned staff.”

With responsibility for the implementation of overall strategy for the commercial development and growth of the American Club and its associated enterprises, Dorothea Ioannou’s new role as CCO encompasses the coordination of sales, marketing, product development and service delivery.

Well-known both among the Club’s membership and within the broader maritime community, Dorothea joined the Managers in 2005 on the opening of the Piraeus office for which she has had chief responsibility for the last decade, part of her twenty-years’ experience across a variety of disciplines in the marine insurance sector. A New York-qualified lawyer, Dorothea has been responsible in recent years for the Club’s global business development initiatives, and was last year honored with the Lloyd’s List Next Generation in Shipping Award. 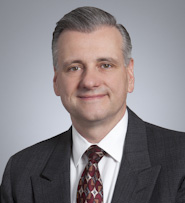 Arpad Kadi assumes the position of Chief Financial Officer (CFO). He has responsibility for supervising the many functional elements of the organization’s overarching financial strategy. These include, among others, day-to-day accounting, financial metrics and controls, and relationships with the Club’s auditors and other agencies, both priva

Arpad also will be familiar to Members as he joined the Managers in 2002 and has most recently performed the role of Controller and Treasurer.

Arpad is a Certified Public Accountant (CPA) with over thirty-years of professional experience in that, and related, capacities. 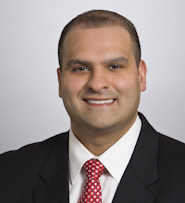 Manish (Manny) Beri now has a dual role as Chief Information Officer (CIO) and Chief Security Officer (CSO). He has responsibility for overall strategy in the development and implementation of the organization’s IT and related capabilities, including systems enhancement and cyber-security.

Manny has twenty years of experience in this arena.  He currently serves as Chairman of the International Group of P&I Clubs’ Information Technology Sub-Committee. An honors graduate of the New Jersey Institute of Technology with a dual degree in electrical engineering and computer science, Manny’s practical knowledge of this important operating domain and has been responsible for building a highly competent IT team within the Club’s management company. 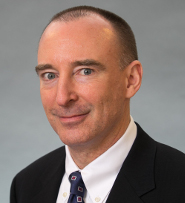 Philip Clancey has assumed the role of Chief Actuary and Risk Officer (CARO).  In this capacity Phil is responsible for the risk management dimensions of operating the American Club and its associated enterprises.  He joined the Managers in 2016 as Senior Actuary & Risk Manager, bringing with him over twenty-years of varied insurance and financial experience, having served in actuarial, risk management, treasury and compliance roles at global insurance and banking institutions. He is an Associate of the Casualty Actuarial Society (ACAS) and a Member of the American Academy of Actuaries (MAAA). He is also the American Club’s appointed actuary for purposes of presenting its statement of actuarial opinion from year to year.

Mr. Hughes concluded the announcement by saying:  “Members, brokers and the Club’s many other friends will no doubt wish to join the Managers in congratulating Dorothea, Arpad, Manny and Phil on their new roles.  These promotions, in addition to recognizing the individual contributions of the persons to whom they have been given, are also designed to strengthen the capabilities of the Club’s senior management team in embracing the challenges of the future.”