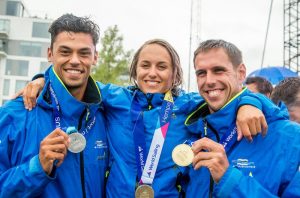 The Hempel Sailing World Championships Aarhus 2018 drew to a close on Sunday with the Netherlands on top, France on the rise and Denmark basking in accolades from around the world for setting new standards for hosting the biggest sailing event in the world.

“The city of Aarhus has really come alive over the last 11 days,” Kim Andersen, the president of World Sailing said. “Thousands of people have shown their support, enjoyed the sailing spectacle and the onshore activities.

“It’s been a truly fabulous event and as World Sailing President and a proud Dane, I could not be any happier.”

Another wildfire in Greece