TAUNTON, 22 NOVEMBER 2018 – The UK Hydrographic Office (UKHO) has officially handed over marine geospatial data to the Guyanese Government after a campaign of hydrographic surveying.

Delegates from UKHO presented the data to government officials at a special event to celebrate the completion of the survey. Two workshops were held to brief ministers and provide technical support for applications of the data, which will help Guyana support the development of its marine economy.

The data, which was collected over a period of four months between 2016 and 2017, will initially be used to update nautical charts of the Demerara River. This will enable ships to confidently reduce under-keel clearance and maximise cargo-carrying capacity, paving the way for increased import and export activity.

Simultaneously, UKHO will present Guyana with other key data sets – such as information about the composition of the seabed – which can be used to support disaster management and maritime infrastructure, such as the development of ports. Actions like these can help Guyana to protect its marine environment and sustainably harness economic resources to support the nation’s marine economy.

The surveying work and subsequent data handover forms the latest effort undertaken under the Commonwealth Marine Economies (CME) Programme, delivered on behalf of the UK Government by UKHO, the Centre for Environment, Fisheries and Aquaculture Science (Cefas) and the National Oceanography Centre (NOC).

“As a country with extensive mineral resources and agricultural exports, Guyana provides the perfect example of how marine geospatial data can empower developing nations through greater knowledge and understanding of their marine environments.
“The extremely shallow waters around Guyana’s coastline and rivers have previously proven a real barrier to maritime trade and prevented the nation from fully benefiting from its considerable natural economic and environmental resources. However, by cultivating a greater understanding of its waters, the data will allow Guyana to overcome the challenges it has previously faced, enabling mariners to navigate confidently and safely with larger cargoes.
“But the benefits don’t end just at navigation. These data sets could be used to scope out potential coastal developments, support the protection of the marine environment and help the creation of disaster models that help Guyana prepare for severe weather events or mitigate the potential risks of oil and pollution spills in the area.”
The work carried out by UKHO and its partner organisations is expected to leave a lasting legacy in Guyana of growing self-sufficiency in marine research needs, laying the groundwork for future development and long-term prosperity.
Following the data handover, UKHO will continue to offer technical support and training, and will provide a complete suite of hydrographic surveying equipment which will enable Guyana to undertake systematic surveys of its own waters and eventually produce its own charts.
Commenting on the work carried out by the UKHO, Mr Greg Quinn, British High Commissioner to Guyana said:

“I believe this work undertaken by the UKHO is of immeasurable importance in helping Guyana as it develops its ‘blue’ economy. Guyana has a huge potential for economic development based on greater, and better informed, use of their marine resources. By providing this up to date and accurate survey data for two of the country’s major rivers, Guyana will be able to benefit from increased trade and reduce the loss of lives at sea. 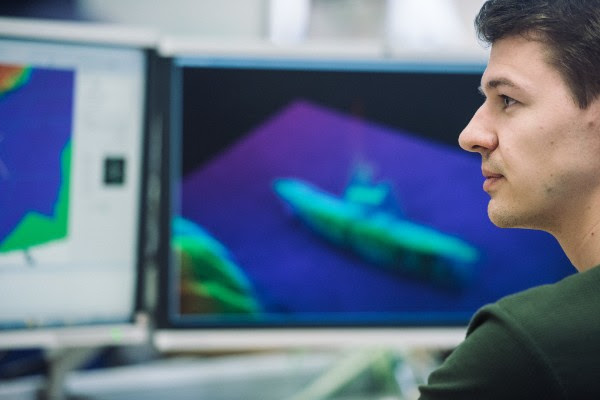 “This programme is but the latest example of cooperation between Guyana and the UK during a relationship which has spanned the decades since independence. The next step, which we are just embarking on with the support of the Government of Guyana, through the CME Programme, is the development of a Maritime Economy Plan which will help Guyana make even more effective and sustainable use of its marine and coastal resources.”

International community must cooperate now to build a...