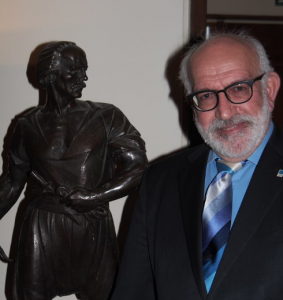 The BDI (Baltic Dry Index) lost 49 points earlier on today and  given that all indices are in red, the situation in the Dry and Wet Markets turns to a major liability for all stakeholders – and looks likely tomorrow the Markets will be on a falling mode again. Geopolitics create too many jeopardies. John Faraclas’ brief market recap:

The Wets too on a falling mode; the last published BDTI (Dirties) and BCTI (Cleans) stood at 957 – minus ten and 683 – minus one respectively…

The geopolitical aspects are more than crucial all over Planet Ocean.

MIGRANTS still creating chaos in both sides of the Atlantic with incalculable repercussions in the future. There should be an end to this despicable saga.

The vacuum that might be left behind by the USA in case its ground forces leave Syria might create havoc and a conflagration in the region and in the Balkans. CAUTION!

Turkey must be put into notice to respect the entire region’s frontiers as it might cause a total recall in the region.

Greece in dire straits both internally and externally.  fYroM name should be something else as if one gives in on one issue the other side will demand everything and totally out of context. Reality counts at the end of the day. Ultra caution should be observed.

President Trump tries the fourth way/style to run a state and the USA he leads will counter back a different response from what he expects.

That’s all for now and will revert before midnight with two events in Athens – a conference and an award and in London with an extraordinary arts exhibition; until then remain on guard from actions emanating from Pirates, Terrorists, Criminals and Business Hooligans wherever you ae on Planet Ocean!

Back to Brussels on Brexit, In conversation with Marco Cattaneo