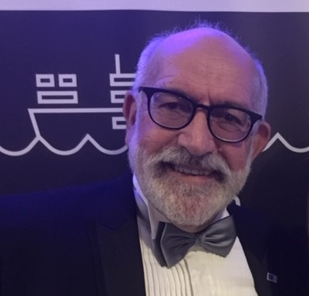 The BDI (Baltic Dry Index) remains in low levels “thanks” to the Capes’ continuous fall… Geopolitics still the stumbling block to see the Global economy move on as the US$ 250 trillion debt and protectionism are causing turbulances. John Faraclas’ daily market brief:

The BDI clinched three points and at 637 is still a liability!

Mixed feelings for the Wets; the last published BDTI (Dirties) and BCTI (Cleans) stood at 823 – minus five and 595 – plus one points respectively.

The Geopolitics in all fronts remain crucial:

The Faulty Line from Gib to Afghanistan and from the Caucuses to the Horn of Africa with its two epicentres – Balkans and Middle East / East Med might cause further mess. Still …“dark” forces continue to stir up the south Balkans with the latest unfounded manifestations and claims from the BBC on North Macedonia and claims for “Greece’s invisible minority – the Macedonian Slavs”; what a palaver! What a shameful attitude and disrespect to reality… Can they counter to reality as well as to the Greek Ambassador’s response? For a long time Planet Ocean is being brainwashed with the name Macedonia from the BBC to an extent that ridicules its image. Shame! From Sports to Politics the name Macedonia appeared and appears on purpose in the pages of BBC whilst the UN name was FYROM – Former Yugoslav Republic of Macedonia!! I would love to take on them live in their own News Room about the name Macedonia! Do they have the guts for a live debate?

The Turkish military forces and in particular the Turkish Navy with 120 warships are “exercising” in the Aegean and Eastern Med… CAUTION. Under the code name: Blue Motherland this is beyond provocation for all of Turkey’s neighbours as well as for Peace and Stability in the region and its wider periphery!

Europe still in mess with the United Kingdom on BREXIT… It will be more than interesting to see the final result and conversely BREXIT’s outcome in everyday life in both sides of the Channel!

At the other side of the Atlantic now; in North America, USA and Mexico in particular the Wall issue continues with president Trump determined to protect Americans from Drugs, Gangs and Human Trafficking there… He has also  to deal with the two major Pacific Issues : the Trade issue with China and the Nuclear deal with North Korea… Tough days ahead for all…

In South America the Venezuelan ticking bomb is about to explode. YES to an intervention but same must come from the UN to offer and distribute aid, aid much needed for the people there. It is a crime against humanity the way Nicolas Maduro tackles the situation and his collapsing regime; not to mention the way he treats the people! CAUTION should be exercised.

Caution for the Subcontinent with India and Pakistan ready for a confrontation… If this escalates, then… 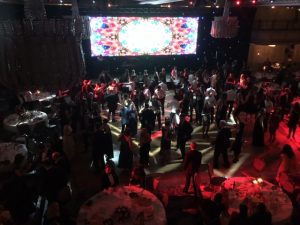 From the dancing floor

On another tone and noted we had another spectacular Annual Dinner and Dance last Saturday at the Great Room of the Grosvenor House Hotel, another milestone by the HESGB – Hellenic Engineers Society of Great Britain.

Over forty nationalities from all five continents participated. Congratulations to HESGB secretariat – and in particular the events team, for an excellent evening.

We will revert soon with a write up. 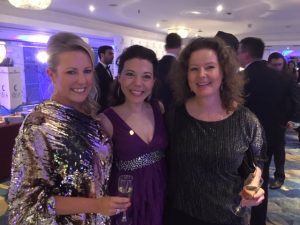 IBIA’s …brigade “occupied” earlier on tonight the Great Room of the Grosvenor House Hotel yet again for the Association’s Annual Dinner.

An excellent networking drinks reception followed by a super dinner, speeches and a super Star Wars intro video by IBIA members dressed up as Star Wars. A very unique and attention catching way to start dinner …much better than the traditional speeches…

Will revert with a full write-up soon. 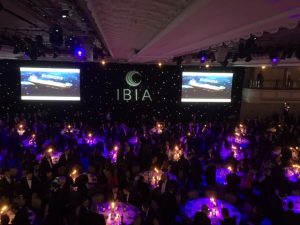 A panoramic view at the Great Room

That’s all for tonight; have a nice evening and remain on guard from actions emanating from Pirates, Terrorists, Criminals and Business hooligans whatsoever wherever you are on Planet Ocean!

Greece’s Ambassador spells it out…