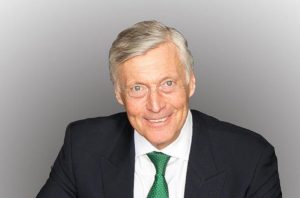 CIRCULAR NO. 09/19
TO MEMBERS OF THE ASSOCIATION
Dear Member:
MANAGEMENT NEWS
Your Managers are pleased to announce several recent appointments which have been made to enhance the capabilities of their global service teams.
At the Club’s headquarters in New York, Margaret Lee has been appointed as Lead Counsel. With twenty years of experience in the industry, Margaret is a New York-admitted attorney who worked in private practice before joining the Club’s management several years ago. Margaret has particular expertise in occupational disease claims and, in addition to overseeing the wide – and diverse – range of legal matters which attend the operation of the Club and its Managers, she is a member of the International Group’s Occupational Disease Sub-Committee in which role she liaises with the representatives of other clubs in this important area of the Group’s collective engagements.
In the Managers’ office in Piraeus, Joanna Koukouli has been appointed as Deputy Global Claims Director, reporting to Don Moore. Holding both undergraduate and post-graduate degrees in law, and qualified to practice in Greece, the United Kingdom and New York, Joanna has twenty years’ industry experience including that of in-house counsel at a major Greek container company. She has also been appointed as Joint Managing Director of the Piraeus office, in which role she will continue to work closely with Dorothea Ioannou, the Managers’ Chief Commercial Officer.
Also in Piraeus, Marivi Banou has been appointed as P&I Claims Manager, assisting Joanna Koukouli in the general day-to-day supervision of the locally-based claims team. Having gained a degree from Metropolitan University, London in shipping and transport, and then acquired experience in both the shipowning and insurance broking sectors, Marivi originally joined the Managers’ Greek office on its opening in 2005.
As many Members are already aware, Elina Souli was recently recruited by the Managers’ Piraeus office to undertake the roles of FD&D Manager and Regional Business Development Director. With undergraduate and post-graduate degrees in law, and holding legal qualifications from both Greece and the United Kingdom, Elina has extensive experience working with both a major local shipping firm and the branch office of another Group club. In her new role, Elina brings a duality of expertise in promotion of the Club’s capabilities both in Greece and elsewhere in the region.
Your Managers are certain that Members, and the Club’s many other friends, will wish to congratulate Margaret, Joanna, Marivi and Elina on their recent appointments in the expectation that they will continue to apply their characteristic energy and dedication in the fulfillment of their new professional duties.
Yours faithfully,