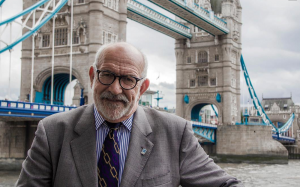 The BDI lost just a single point, thanks to all dry indices that managed to “counter” to the Capes further collapse! Geopolitics continue to be messy. John Faraclas brief daily recap:

The Supras’ BSI gained four points and now reads 830, and

All plus “advances”  in the dry sector bear a single digit figure proving the weak market!

The Wets still with mixed feelings; the last published BDTI (Dirties) and BCTI (Cleans) stood at 695 – minus five –  losing the 700 points threshold and 669 – plus 19 points respectively…

Migrants and Immigration the top story if you search and check figures and situation… in both sides of the Atlantic with president Trump proceeding with the Wall between the USA and Mexico.

Syria will now begin to be in more mess; just wait and see. Too many functions there… Too many demands… Iraq too… The Kurdish issue will make it even worse…

The EU remains in tatters with many issues above all with the BREXIT saga which might bring tsunamis to all involved even beyond the EU frontiers. Last night’s voting in the British Parliament was more than crucial and knives might come out… For a start: NOT an organised EXIT and you need two in a tango. The biggest blame though rests with Brussels.

Greece celebrated all over Planet Ocean its 198th Independence Day Anniversary. The Greek PM’s helicopter was “bullied” so to speak by Turkish fighter jets… Time will come that there will be a total mess in the region. NATO and the EU must intervene before it’s too late. Hypocrisy will back-fire!! Enough!

Pleased to see a happy end to a Cruise liner in Norway after encountering a malfunction in her engines but seamanship prevailed ! Congrats to her master, crew, company and rescue services!

That’s all for now, have a nice evening and remain on guard from actions emanating from Pirates, Terrorists, Criminals and Business Hooligans  whatsoever wherever you are on Planet Ocean.

Mendoza offers a taste of its rich body of wines