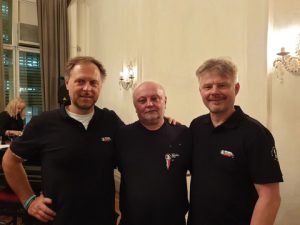 Three members of the intrepid Santi Find the Eagle team united for an event in London at Ognisko Polskie – the Polish Hearth Club in South Kensington. The team’s mission is to locate the famous World War II submarine ORP Orzel (the “Eagle”) which was lost in mysterious circumstances in June 1940 in the North Sea. The team gained additional renown after locating the British submarine HMS Narwhal on their 2017 expedition. 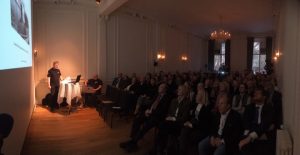 Piotr Michalik, Tomasz Stachura and Dr Benedykt Hac thrilled the packed audience on April 9, 2019, with a presentation which covered the submarine’s history including an account of the heroic escape from Tallinn, Estonia, in October 1939 and service in the Royal Navy. They recounted stories from the seven survey expeditions carried out to date and gave a detailed explanation of the cutting-edge technology used to scan the sea bed.

Santi find the Eagle is a private foundation set up by a team of individuals (specialist divers, historians and hydrographic research technicians) dedicated to finding the lost submarine and ensuring the bravery of her crew is never forgotten. 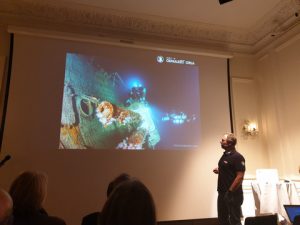 Head of the mission is Tomasz Stachura, owner of Santi diving equipment who is based in Gdynia, Poland. Piotr Michalik, the UK-based member of the team revealed the level of in-depth historical research and charting required to plan expeditions. He read extracts from unpublished letters from a British member of the crew, Keith D’Ombrain Nott, who perished at sea with his Polish companions, which brought home the human tragedy of the loss of the ship with all hands on board. Dr Hac, head of the Maritime Institute in Gdansk, gave a detailed explanation of the multi-beam sonar and scanning technology used to identify unknown objects in the deep sea bed. 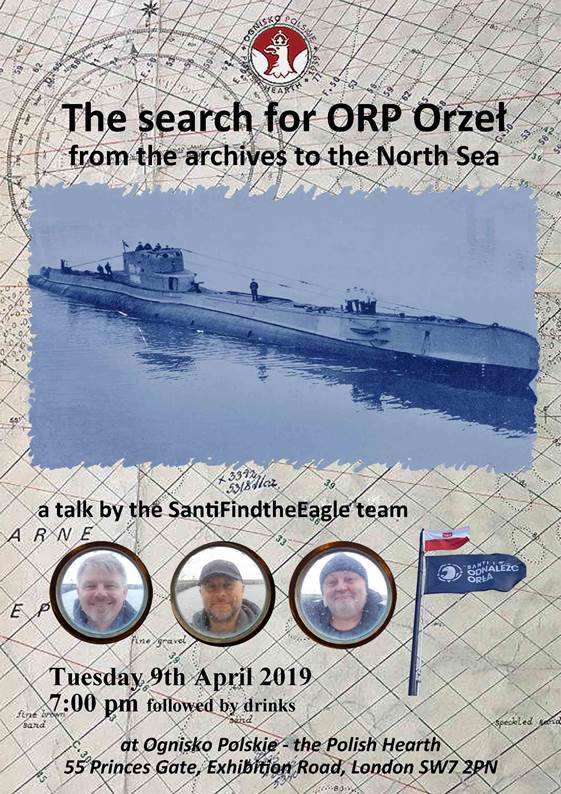 The team were also able to show exclusive ROV footage of the wreck of HMS Narwhal which they scanned in detail in March 2019 during the last expedition in partnership with the Sea War Museum, Jutland. The colour images clearly showed the perfectly intact submarine, now a designated war grave, which was found 94 m down, 140 miles off the east coast of Scotland.

The Santi Find the Eagle team are planning their next expedition for summer 2019. Following their project will be greatly rewarding to anyone interested in deep sea survey and adventure. The search for ORP Orzel continues…

The BDI@821: towards a Market “Resurrection”?

HRAS: Case filed against Greece in Strasbourg Court over Criminalising Search and Rescue