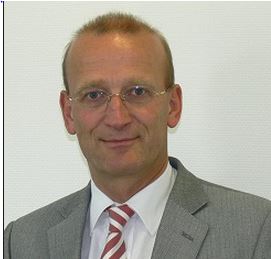 As a means to engage in a constructive dialogue with the newly elected MEPs and the new Commissioners who will have the task to propose and adopt legislation in the next five coming years, FEPORT members have adopted their Manifesto during their General Assembly held on June 14th, 2019 in Burgas (Bulgaria). The document highlights the main topics of crucial importance for the EU cargo handling industry which employs more than 390 000 port workers.

Private port companies and terminals are modernizing EU ports. They are innovating in processes, investing (56 billion Euros over the last ten years) in modern and green equipment, digitalization and IT solutions, artificial intelligence and the reskilling and upskilling of port workers.

For this reason, private port companies and terminals believe that growth, trade and competition (state aid, merger control and anti-trust) policies need to be rethought to enable EU companies to remain competitive in the multipolar world we are evolving in.

A strengthened coordination between transport, growth, competition and trade policies would be particularly welcome when dealing with third countries’ publicly subsidized companies investing in the EU while EU companies are struggling to enter the markets of those third countries.

Given the fact that more and more players within the maritime logistics chain are proposing door to door services, port companies and terminals call EU regulators to regularly assess whether support measures to a one sector of the maritime logistics chain are not distorting competition towards others players or facilitating vertical integration to the advantage of one industry in particular.

Benefits for customers and efficiency gains should remain the key drivers of consolidation or vertical integration.

“The review of the Consortia BER is a good example of a sectoral instrument that impacts well beyond the beneficiary industry. This is why it is essential that the Regulation is modified to bring more clarity and legal certainty for shipping lines, port service providers and cargo interests. The worst that could happen would be that DG Competition considers that there is no need to modify the Regulation because shipping freight rates are currently very low, due to overcapacity in the container market” said Mr Gunther Bonz, President of FEPORT.

“Such an approach would be harmful as it ignores the dynamics of the maritime logistics sector as well as other efficiency and reliability indicators”.

“Private port operators and terminals are among the service providers of the liner shipping industry. They need a level playing field when it comes to negotiating with their customers. Joint purchasing of port services by alliances benefiting from the Consortia BER should not be allowed as it creates an unbalanced situation in terms of negotiation” commented FEPORT president.

“The Consortia BER should not result in weakening the negotiation power of port service providers.

The current lack of clarity of the Consortia BER regarding the do’s and don’ts represents a threat and deserves attention from the Regulator. Cargo handling companies are not ancillary services but economic undertakings which create value and jobs and offer competitive global services” added Mr Bonz.

FEPORT members also call regulators to provide a clear framework on data ownership to facilitate data sharing and ensure a level playing field between the different actors of the maritime logistics chain.

The collective ambition of FEPORT members is to continue to contribute to the attractiveness of European ports and their strategic role for EU economies and local communities.

“We hope that the future strategy for the maritime logistics sector will echo the expectations we have expressed in this contribution and look forward to cooperating with the new elected MEPs, the new Commissioners and their staff” concluded FEPORT President, Mr Gunther Bonz.
We wish you a very nice summer and hope you will enjoy your vacation.
See you end of August 2019 for our July-August newsletter!