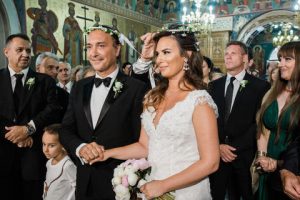 From the holy wedding ceremony – the crowning

On July 12th 2019, we had the pleasure to attend an emotional and joyful event under the blue sky and by the beautiful shoreline of one of the most evocative locations of Greece. Anny Zade was there:

Our good friend of many years, businessman and previous shipowner, Chris Stefanakis gave away his daughter, Evelyn Stefanaki, Consultant Dermatologist at the Royal Free Hospital, London, in marriage to her beloved one. 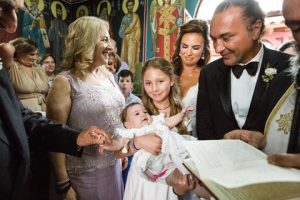 Guests flew in from all corners of the world to attend the celebrations of the international couple.

The happy groom, Thomas Pavlis, a Greek Canadian financier and founder of Asterion Growth, which specialises in the production and export of medical cannabis in Greece, was eagerly awaiting at the entrance of the chapel of Agios Charalampos in Kastella, Piraeus. 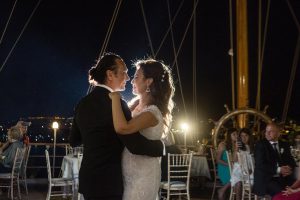 The dance of happiness

After a touching wedding ceremony, led by the Metropolitan of Piraeus Serafim,  the happiness of the couple was complete with the baptism  (christening) of their 5-month-old daughter by the young and promising Anna Kontoyiannis and her parents Relina Kontoyannis of Motor Oil Hellas and Nikos Karvelas.

The guests enjoyed a marvellous reception organised impeccably by the Yacht Club of Greece, an esteemed Greek private members’ club in Piraeus founded in 1933 to promote the sport of sailing and supporter of allaboutshipping.co.uk. 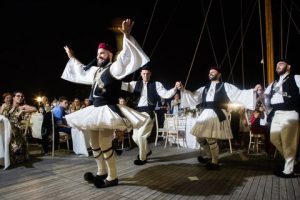 Amongst the guests we spotted:

from the Greek – London  and UK, Fraternity including Shipping: 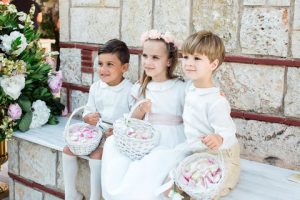 In the centre, Joanna with Ronald MacAllister and Peter Masari (flowergirl and pageboys) 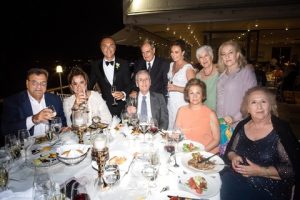 After dinner, the wedding celebrations kicked off with a wonderful display of fireworks lighting up the charming scenery of Mikrolimano. a small harbour full of fishing boats, pleasure crafts at the foot of Kastella.

Folklore dancers, dressed in traditional Cretan and Epirus costumes entertained the guests and the dancing continued until the early hours of the morning. The Greek live band accompanying the dancers was lead by  the famous rembetis Giorgis!

Worth also mentioning the table flower arrangements and decor by  Drizos flowers an important aspect in laying also the tables in a hot climate such as the one Greece lives now, but complemented by the sea- breeze! Not to mention the excellent menu and drinks as well as the superior service by the personnel at the Yacht Club of Greece!

Many congratulations to the happy couple and their blessed daughter! 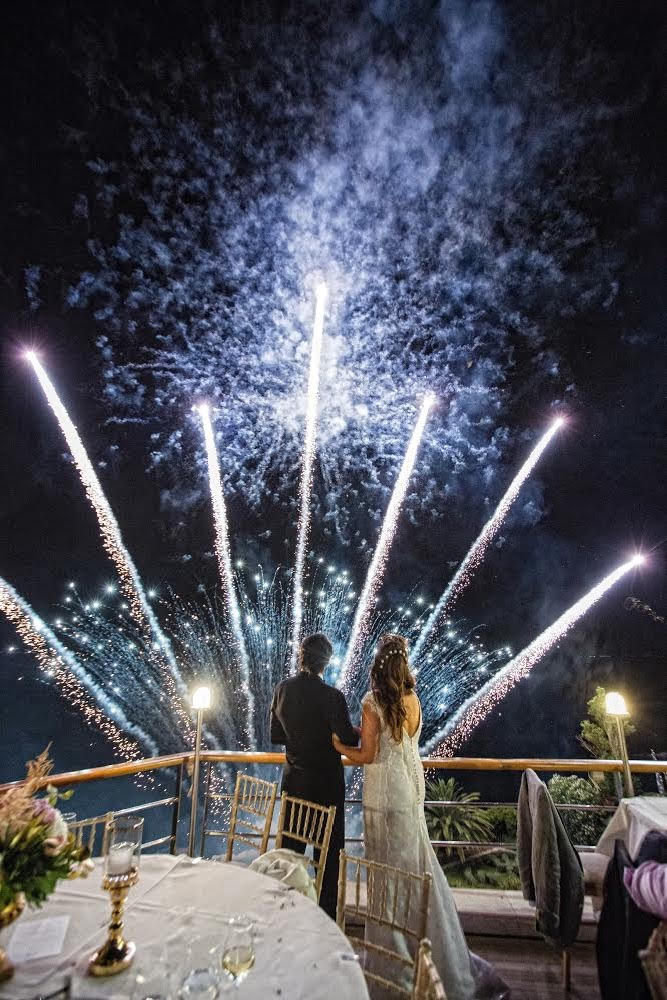 Fireworks; a salute to the seven seas