On the road to a US-German trade war, Libor’s evolution, scandals and future 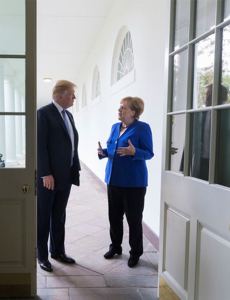 On the road to a US-German trade war, Libor’s evolution, scandals and future

Commentary: On the road to a US-German trade war

At around $300bn, Germany has the world’s largest external surplus. This is a major source of irritation to the US, particularly as Trump seeks to eliminate the US trade deficit. Germany’s economy is already on the cusp of a recession.

It cannot afford a trade war with the US. Yet that is what it seems to be inviting by doing nothing to reduce its large external imbalance. Already in April 2016, Germany’s outsized external surplus prompted the US Treasury to place it on the list of countries it monitors for possible currency manipulation. 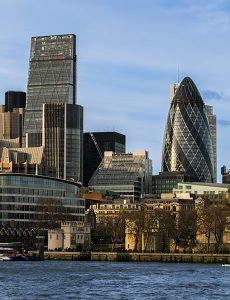 A view of the Square Mile

Per the Financial Conduct Authority, the London inter-bank offered rate is due to be phased out by December 2021.

Oonagh McDonald, international financial regulatory expert, author and former Labour party politician, joins OMFIF’s Ben Rands to discuss its future. They cover what went wrong with Libor, current issues surrounding its branding, and prospects for replacement. They also assess whether banks are prepared for this transition and the potential role of fintech in future benchmarks.

Listen to the recording, or search ‘OMFIF’ on your smartphone’s podcst app.

The BDI down @1,899 whilst …Planet Ocean isn’t ready for the big freeze…