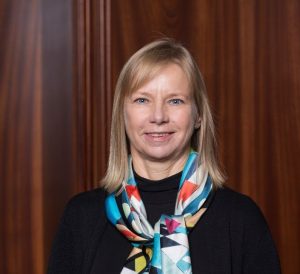 Monday 23 September: Ardmore Shipping Corporation (NYSE: ASC) (“Ardmore” or the “Company”) today announced the appointment of Dr. Kirsi Tikka to the Company’s Board of Directors.

Dr. Tikka has over 30 years of shipping experience having recently retired from the American Bureau of Shipping (“ABS”) in July 2019. She joined ABS in 2001 and held various specialist and leadership positions within ABS including as ABS Executive Vice President Global Marine, Europe Division President, and as Vice President and Chief Engineer, Global. Her most recent ABS role was as Executive Vice President, Senior Maritime Advisor, where she was responsible for aligning ABS strategic planning, client development, and product and service offerings with the industry’s technical needs and requirements.

“We are delighted to have Dr. Kirsi Tikka join Ardmore’s Board of Directors. In addition to her considerable general experience in shipping operations and technical matters, her deep knowledge of the industry’s regulatory framework and trends, including sustainability initiatives, will be of great value to Ardmore as we navigate the compliance challenges ahead.”

On her appointment to the Ardmore’s Board of Directors, Dr. Tikka said:

“I have long admired Ardmore Shipping as a leading owner and operator in the MR product and chemical tanker sector and it is a pleasure to join its Board of Directors. It is no secret that the industry faces an array of operational, technological and regulatory challenges, today and in the years ahead, and I look forward to drawing on my knowledge and experience to help further strengthen Ardmore’s industry-leading standards of performance.”

From 1996 to 2001, Dr. Tikka was a professor of Naval Architecture at the Webb Institute in New York, where she was also awarded an honorary doctorate in 2018. In addition to teaching, she carried out research on tanker structural strength and risk analysis, as well as being actively involved in the U.S. National Research Council Marine Board studies on double hull tankers. Dr. Tikka also worked for Chevron Shipping in San Francisco and Wärtsilä Shipyards in Finland.