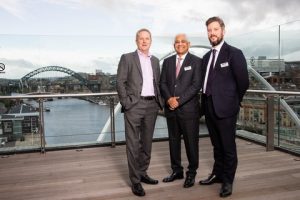 Endorsed by North, SeaMediation Chambers’ Early Intervention product is an additional, well established tool, that has been used more than 250 times since its launch in 2014. The process encourages participants to resolve disputes at an early stage, in line with established case management planning and The Law Society’s best practice guidance.

By acting swiftly and appointing a neutral mediator, participants are able to retain control over a claim and have a say in the outcome, while avoiding a litigation process that is often lengthy and expensive. The use of a neutral mediator in these instances encourages both sides to engage sooner and speed up the claims process.

North’s Chairman, Pratap Shirke, commented, “Academic research consistently shows a clear connection between early intervention and the length of time taken to resolve legal and commercial issues, and it’s a link that’s perpetually confirmed by our experience at North. The landscape is fraught with challenges in the coming years. Shipowners will face a growing regulatory burden, difficult markets, and disruptive technologies. When disputes arise – as, unfortunately they inevitably will – Early Intervention provides a proven tool for resolution that is cost- and time-effective.” 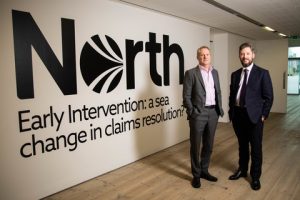 North’s fast-paced, interactive conference chaired by Steve Mills, SeaMediation Chambers, highlighted the benefit for the membership of the IG Group as a means for prompt resolution of claims. He commented, “Although a relatively recent innovation, Early Intervention has already been used by over 250 litigants in claims ranging from a few thousand dollars to tens of millions, and the savings on legal costs alone are estimated to be in the millions of pounds. The success rate is high with almost 80% of claims being resolved by the process, a figure which endorses North’s view that managed claims-handling, alongside careful selection of an experienced neutral can introduce a new dynamic to any dispute.”