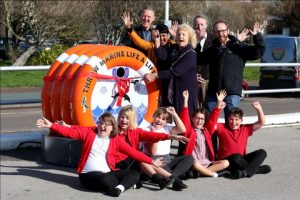 That’s right, our second BinForGreenSeas is now settling into its new home on Bognor Regis seafront!

Arun Council hopes the Bognor Regis BinForGreenSeas will take environmental awareness to the next level and encourage people to do their bit to keep our oceans clean. Councillor Dan Purchese, Arun District Council’s Cabinet Member for Neighbourhood Services, expressed his high hopes for BinForGreenSeas: “Rubbish, and plastic in particular, has a major impact on beaches across the district so we’re hoping that this bin will serve as a reminder to visitors to dispose of their litter carefully.” 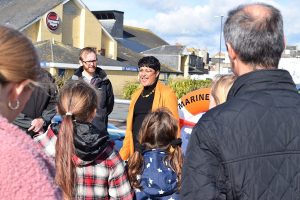 Indeed, with its seaside charm and the nearby Butlins holiday camp, Bognor Regis welcomes in the region of 1.28 million visitors per year. That’s great for the local economy, but challenging for marine wildlife, which all too often suffers the consequences of careless waste disposal. That’s where the BinForGreenSeas comes in. As Fazilette says, “The BinForGreenSeas acts as a visual cue to make people realise the consequences of irresponsible littering and the impact this has on all of us.”