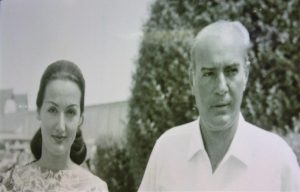 The late Basil and Elise Goulandris.

Van Gogh, Monet, Degas, Picasso, Cézanne – the modern masters and more are to the fore in a new setting, thanks to the opening of a world-class gallery in the heart of Athens.

The dream of shipping magnate Basil Goulandris and his wife Elise of such an arts centre has come true, many years after they sadly passed away. The couple, great art lovers, shared a great desire that the best of famed 19th and 20th century artists should “someday” become accessible to all Greeks, and to visitors to their homeland. 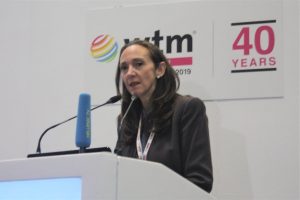 The long-awaited Athens centre of the Basil and Elise Goulandris Foundation opened its doors at the beginning of October 2019 and has already welcomed more than 26,000 visitors.

At the World Travel Market on November 4 in London, Fleurette Karadontis, president of the foundation, introduced its story and the collection to a global audience. Mrs Karadontis is the niece of Mrs Goulandris.

Her presentation was the cultural highlight of the Greece opening press conference at the major travel industry event, immediately following that of the country’s tourism minister, Harry Theoharis. 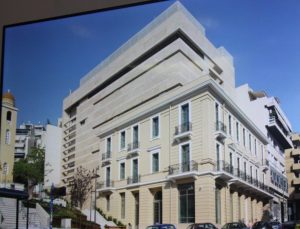 The foundation was established in 1979 as a non-profit organisation to run museums on Andros – the birthplace of Mr Goulandris – and now in Athens and to promote the visual arts at national and international level.

Mr and Mrs Goulandris envisioned a lively cultural organisation on a par with internationally acclaimed establishments in the field..

Their vision included the creation of a grand museum in Athens, so that Greeks do not need to go abroad to see major collections of art. Basil died in April 1994 and Elise in July 2000 without having seen that vision realised, but they bequeathed the means to make their wishes come true. 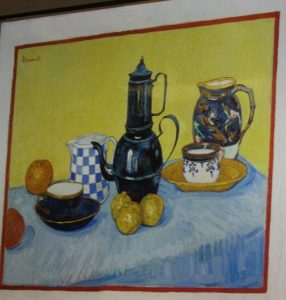 The Athens museum heralds a glorious new chapter for the foundation, which has the aim, in parallel with the museum on Andros, to promote the new hub into “a vehicle for innovative cultural activities by exploiting contemporary museum applications in the field of modern and contemporary Greek and international art.”

Many of the prestigious artworks – from the Goulandris collection begun in 1956 of paintings, sculpture and decorative arts – were previously in the private homes of the couple. Now, these are freely displayed in a large new centre on Eratosthenous Street in the Pangrati area.

Mrs Karadontis highlighted the star attractions of the collection. She spoke of the three van Gogh works from 1888-89 when the Dutch artist began painting with brighter colours, including chrome yellow. His Still Life with Coffee Pot depicted what were at the time possibly his only possessions. “He paints them as though these few things are extremely precious,” she said. In his opinion at the time, the painting might be the best thing he had ever done. 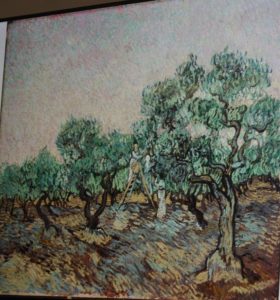 Soon afterwards, while staying at a sanitorium, van Gogh painted a group of women olive picking, in which he was fascinated by the light of the sky.

The Athens gallery has one of the 27 casts from the original wax sculpture of Little Ballet Dancer Aged 14 by Edgar Degas. Monet, Chagall, Picasso (Nude Woman with Raised Arms, one of the first pieces that introduced Cubism in his art), Cézanne (a small work measuring only 25 by 25 cm), Georges Braque (Patience, 1942), a drip painting by Jackson Pollock, a sculpture Woman of Venice V by Giacometti, and Three Studies for Self-Portrait by Francis Bacon are in what Mrs Karadontis described as the “top ten” pieces to view.

The Basil and Elise Goulandris Collection is hosted in a renewed early 20th century building, to which extra stories have been added. There are 11 floors, of which five are below ground. In all, there is 7,250 sq m including a 6,000-volume art library from the personal Goulandris collection, a workshop, a café-restaurant, offices and an amphitheatre-style auditorium with capacity for 187 people. 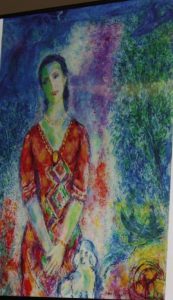 .Marc Chagall was in the Goulandris circle.

With the National Museum of Contemporary Art temporarily closed for renovation, the Goulandris museum at present is unique of its kind in the Greek capital. It is situated near many of the city’s large museums, including the Benaki Museum, the Byzantine and Christian Museum, and the Athens Conservatoire.

Mrs Karadontis said that naturally first-time visitors to Athens would want to see the Acropolis, and the Goulandris centre made for an excellent modern counterpoint.

Born in 1913, Mr Goulandris was a member of the Goulandris shipping family of Andros. He studied law in Switzerland and in the late 1940s settled in New York from where he managed the family’s shipping businesses. He was an honorary president of the Union of Greek Shipowners and a director of the American Bureau of Shipping.

Elise Goulandris, née Karadontis, was born in Athens in 1917, and studied in Greece and the US, where she met Basil, “also an art lover, by whom she was charmed, finding in him not only an ideal partner but also an intellectual guide in her initiation into the fine arts,” as the foundation website puts it. 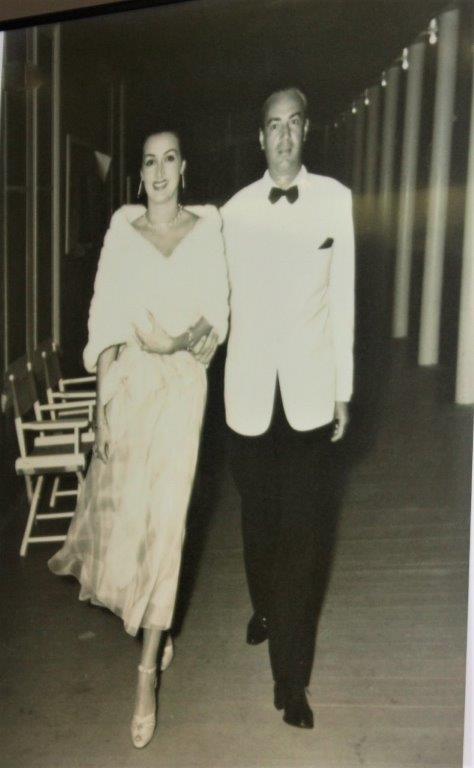 Mr and Mrs Goulandris at a gala event.

They continued their social and cultural activities after moving to Paris and Switzerland in 1956. France awarded both with the title Commander of the Order of Arts and Letters.

The couple’s nephew Kyriakos Koutsomallis is director of the foundation’s museum on Andros and has said of the new venture: “The goal is to create a museum that’s open to all – young and old, rich and poor, connoisseurs and amateurs.”