02/03/2020 – We have to go back to August 2011 to find a month with a larger decline in share prices than February 2020. Oil companies’ portion of the total market value on Oslo Børs has fallen to record lows. 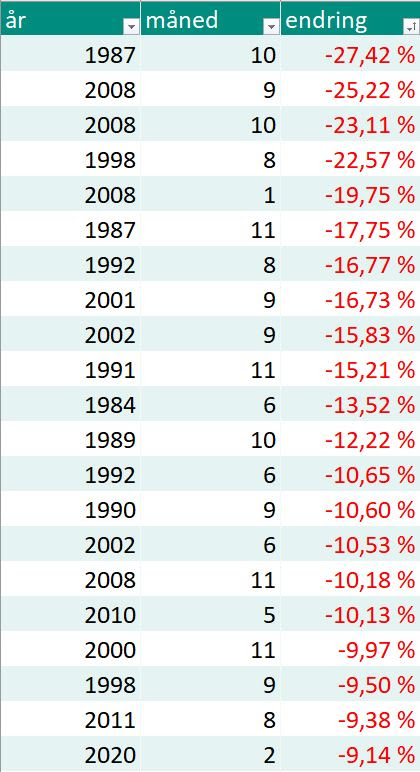 Energy is still the largest sector on Oslo Børs, but in recent years the market has become less oil dependent. For a long time, energy shares accounted for more than 50 percent of the total market capitalisation in Oslo. In February, however, the proportion fell to just 28.9 percent, the lowest number since 2016 – see figure below. 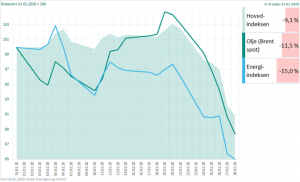 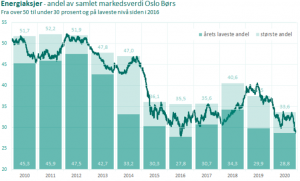 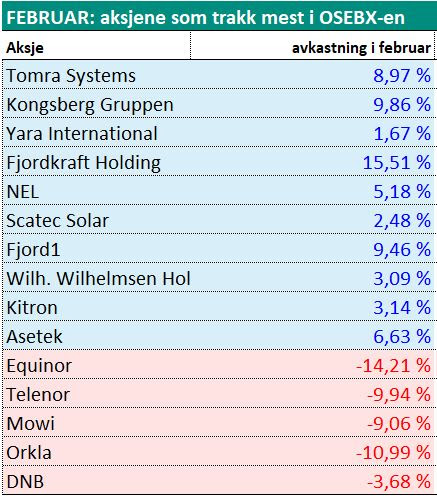