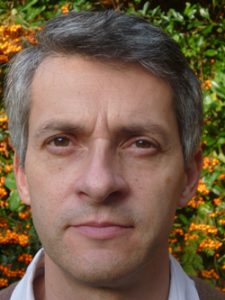 At the Autumn meeting of the BIMCO Documentary Committee (DC) held in Copenhagen on 10 November two contracts and four clauses were adopted.

The newly revised edition of the SALEFORM agreement for the sale and purchase of second-hand ships was approved for publication. The new version will be called SALEFORM 2012 and will be published along with detailed explanatory notes this coming January. The revision of this widely used international agreement has been a year in the making. The final draft follows a series of industry consultations that took place in Oslo, London and Singapore in September and October which drew large numbers of participants and an equally large number of useful comments and suggestions. SALEFORM 2012 reflects what the industry has told BIMCO it wants in a new edition of the sale agreement. It is a modest revision, but one which incorporates many of the amendments commonly made to the form when used. As such it provides an up to date contract for the industry, bringing greater clarity to those provisions in the 1993 edition which occasionally led to uncertainty.

The other contract adopted by the DC was a new Time Charter Guarantee Contract. The Guarantee is intended to be provided by a parent company of a charterer to guarantee payments, such as hire, under a time charter agreement. BIMCO is aware of an increasing demand for such guarantees and is sure that it will be well-received by the industry.

New Clauses adopted
Four clauses were adopted, two of which were revisions of existing clauses. The Radioactivity Risk Clause for Time Charter Parties has been given an early overhaul to clarify some issues raised by the original draft which was drafted and issued by expedited procedure shortly after the Japanese earthquake and tsunami disaster occurred. The EU Cargo Declaration Clause for Time Charter Parties was also overhauled to take into account cargoes in transit through EU states and also to introduce a specific provision dealing with exports. Both of these revised clauses should be published early in the New Year.

The two other clauses are new and deal with slow steaming and NAABSA. The Slow Steaming Clause for Time Charter Parties has been two years in the making. The Clause has to deal with a number of potentially difficult technical and legal issues as it is designed to cover all types of ships and trades from the container to the bulk sector. The technical aspects have been resolved and clarified with the assistance of engine designers Wartsila and MAN Diesel. The International Group of P&I Clubs has assisted with the legal aspects of the Clause in relation to obligations under contracts of carriage. The Clause basically provides for slow steaming down to a level which would not require the owners to make any modifications to the engine – basically the cut-out point for the engines auxiliary blowers. Should the owners and charterers agree that the vessel can slow steam to a greater degree than an additional provision is given to deal with “ultra” slow steaming – which will apply only in a few cases. The new Clause will be published early in the New Year along with explanatory notes.

The second new clause is actually a “recommended wording” to be added to the berthing provisions of existing charter parties, rather than being a free-standing clause. The wording provides for loading and discharging of the vessel while safely aground and provides safeguards for verifying the suitability of the chosen ground as well as an indemnity by the charterers to cover any loss or damage, etc., to the vessel that occurs as a result of lying aground as instructed. This wording will not form part of new or revised BIMCO charter parties as it remains for the owners in each case to decide whether they wish their vessel to load and discharge while aground and under what circumstances. The new wording will be published in December.

Project updates
The DC also heard a number of project updates. There are three new contracts currently under development. The Standard Pooling Agreement is close to completion and the latest draft is currently posted on the BIMCO website so that interested parties can review and comment on it. The public review process ends on 9 December. After the comments received have been processed a final draft will be prepared and a meeting with EU competition authorities will be arranged. The meeting with the EU is simply to ensure that the agreement satisfies certain competition law issues – which should not be a problem as the drafting team have closely followed EU competition law guidelines in relation to pooling agreements throughout the development process. It is hoped that the Pooling Agreement will be ready for adoption in time for the April 2012 DC meeting in Singapore.

For the liner sector, BIMCO has been working on a Standard Service Agreement – a type of volume contract for containers. The agreement is being developed by representatives from a number of major liner operators and targets small to medium sized shippers who sign the majority of such volume contracts. The Global Shippers Forum, who represent a number of major national shippers associations worldwide, have been contacted by the group and it is hoped that they will be able to join the drafting process to ensure that the views of shippers are properly taken into account in the agreement. At the current rate of progress it is hoped to have a draft ready to be put forward for adoption next April.
The offshore wind farm sector is an entirely new market for BIMCO standard contracts, but it is currently the focus of a project to develop a special contract for the hire of small transfer vessels used to ferry personnel and equipment to and from offshore wind farm installations. The drafting is at a preliminary stage, but the contract will basically follow the principles of SUPPLYTIME 2005, which is frequently used in a heavily amended form by the wind farm industry. A first draft of the new contract will be reviewed by the Documentary Committee in April next year.

On the standard clauses front, work is ongoing to produce a voyage charter party version of the Slow Steaming Clause – a more complex project than the time charter version given that the charterers do not exercise the same degree of control over the vessel. The Clause will also address the concept of “virtual arrival” whereby the owners and charterers agree on an arrival date for the vessel at the discharge port and the vessel adjust her speed to arrive at that time. The sharing of benefits resulting from such slow steaming will be addressed in the Clause. A final draft will be put forward for adoption at next April’s DC meeting.
The OFAC List of Specially Designated Nationals is another standard clause project that has recently challenged BIMCO. Work is underway to provide a commercially acceptable and mutual provision to deal with OFAC sanctions and a final draft clause is expected to be completed by early next year.

Ship-borne armed guard contract
Perhaps most importantly of all, the Documentary Committee agreed on two new projects, work on which is to be started immediately. The first of these is the development of a contract for the employment of armed security guards on ships. The contract is aimed at owners who wish to employ such guards but need a legally sound contract covering all-important liabilities and responsibilities as well as ensuring that adequate third party liability cover is provided by the security company. Drafting work will receive BIMCO’s highest priority so that the new contract can be available to the industry early in the New Year.

The second major project is the revision of NYPE 93 – a joint effort between ASBA in New York (who are the copyright holders of the form) and BIMCO. This well used and popular time charter party is used globally by the shipping industry, but is beginning to show signs of its age. A specially appointed joint Sub-committee will commence revision work on this important charter party in December with a view to submitting a first draft to the Documentary Committee in Singapore in April next year.

Finally, the DC also agreed to start work on a BIMCO endorsed version of the International Group’s Solid Bulk Cargoes that Liquefy Clause. The Committee also discussed the issue of anti-bribery clauses and while it noted that some rather onerous versions were beginning to work their way into the market, there were reservations about drafting a BIMCO Clause until all avenues were explored in terms of discussions with fraud authorities to soften the impact on owners who might otherwise find their vessels delayed in ports and waterways around the world in the absence of so-called “facilitation payments”. The issue is being kept under close review and will be discussed again in April. If it is felt that a BIMCO Clause is the only viable way forward then this will be prepared and published shortly after the April DC meeting.

Available on the website
All new and revised BIMCO contracts and Clauses can be found on the BIMCO website in PDF format along with detailed explanatory notes. Copies for commercial use can be obtained by using BIMCO’s online contract editing system, idea.

Invitation to an LSLC Webinar – Are electronic...