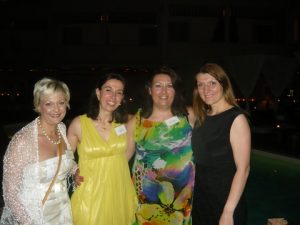 Last Thursday, at the Margi Hotel’s poolside in Vouliagmeni – south seaside-suburbs of Attica, over 350 members and staunch supporters of WISTA Hellas joined in for the biennial Posidonia early evening buffet reception which lasted till very late, …early hours of Friday!*  Guests come from all over the world proving the support as well as the work WISTA-Hellas and all WISTAs do! 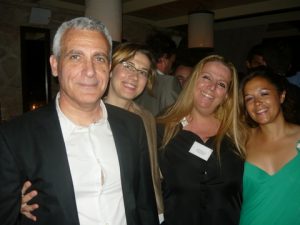 George Stephanopoulos and his wife, both psyhologists with Angie Hartmann and Maria Mavroudi

In full supporting attendance were also many of the previous WISTA-Hellas Board Executives headed by Anna-Maria Monogioudis and Jenny Pournaras.

While the situation in Greece right now is vexing, heaping on troubled thoughts for those who call Greece their home, the reception, which represented WISTA-Hellas’s tribute to the Posidonia Exhibition while combining it with a cheerful summer kick-off in an environment conducive to appreciating some of what Greece has to offer, gave a chance to many to simply relax and enjoy the cozy atmosphere and company of others in the shipping industry. It was also networking at its best! 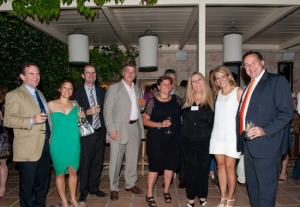 News from the Oslo Stock Exchange

Seascape rises to the challenges of pandemic disruption...