Pragmatism in all fronts needed for Greek and International Shipping 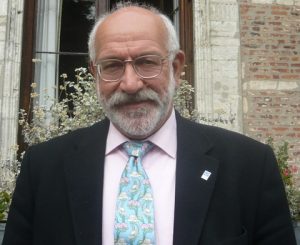 The latest situation and developments in the shipping markets following the drop of the BDI at 661 (12/9) and its slight upwards  movement to 774 points last Friday 21/9, the rumours that Greek shipping entities are selling fleets – old tonnage in particular, China and India’s position vis-à-vis import and export of cargoes and conversely the need for more ships to carry same, the state of their economy with respect the size of their population (India in particular), the factor of War as the prerequisite of improving the world economy – no matter if it sounds odd, and the saving of the banking system (banks survival) where amongst the leading issues of this live telephone interview/debate between Panos Thomakos from SBC TV and John Faraclas which took place last Friday.

Moreover the Greek Coastal shipping problems and Faraclas’ bold solution was re-discussed as well as the wrong policies from the lefty unions in Greece with Greece’s Communist Party, as always, demanding things the communists and the lefty loony never ever did in the shipping and shipping labour fields, ignoring the actual demands of HR all these years! One accepts proper unionism, but not nonsense! With respect the Greek Coastal Shipping, Faraclas reiterates that the Islanders in the Greek Islands should also be first class citizens alike those of the Greek mainland, something all regimes in Greece always… forget after elections!

We except soon to have the transcript in English when we will insert same for all to read, but to keep your appetite, Faraclas insists on: “War, Father of All; if you don’t destroy you cannot rebuilt. That’s the pitiful message in worlds/human history”…. And what’s the product of the Second World War? The reply and other matters in the transcript soon…

Greek speaking viewers can log on and listen here below:

Dear Mr Faraclas
Your analysis is always useful. It is also good that you post your tv analysis on the web as we can watch it after office hours