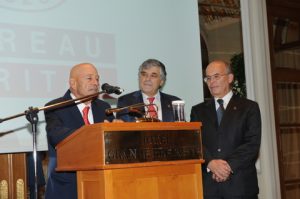 On October 10th, 2012 Bureau Veritas Piraeus organized a reception in the Athenian Hotel “Grand Bretagne” on the occasion of the recent management changes effected to the Organization, starting from October 1st, regarding the Hellenic and Black Sea Region.

More than four hundred prominent members of the Greek Shipping Industry and the top management of Bureau Veritas Piraeus attended the event. 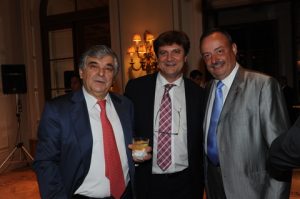 Mr. Bouttier addressed the guests by recalling the content of his own farewell speech delivered in the same room in 2008, when he quoted the line from the well known action movie, pointing out emphatically: “As the terminator said:  I will be back!!”; he also highlighted the remarkable achievements of the Piraeus Office over the past few years, especially in the new buildings sector, and pointed out that the success of the local office is the result of a great team work. On a more personal turn of his speech, he concluded that he considers Greece as his homeland and that he is determined to staying here with his family for the years to come.

Mr. Francois Teissier, who was appointed Vice President, in his new duties as Director of the Ships in Service Management in the Head Office, will be henceforth based in Paris. Mr. Lambros A. Chahalis has been appointed as his successor, assuming the position of Regional Chief Executive for the Hellenic & Black Sea Region. 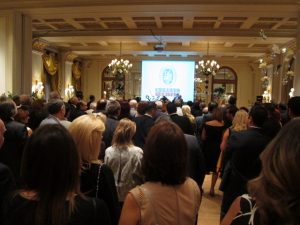 When we say a fulll house, we mean a full house! 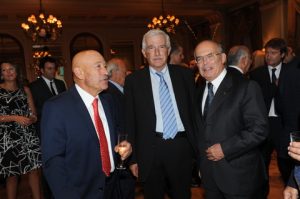 While addressing the audience, and since Bureau Veritas counts more than 50 years of active presence in Greece, Mr. Chahalis pointed out that the Society’s Office has now got a “Greek Government!”

Mr. Chahalis thanked all the clients of Piraeus Office, as well as the Management of Bureau Veritas, who, by joining efforts, contributed to the progress of the Society in the greater geographical region that has led to his own personal advancement and he assured them about his own volition to continue exerting the best of his efforts in order to enhance the Society’s overall performance as well as customers’ satisfaction, and to strengthen the mutual bonds of confidence and trust.- 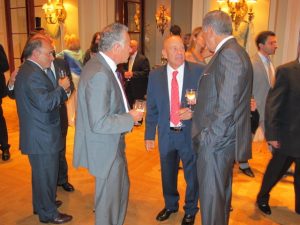 Greek Shipping pays more tax in cash and kind than any other shipping group in the world!