Top Posts
Hot Port News from GAC
MarISOT
Don’t take chances where your health is concerned…
Hot Port Newsw from GAC
Stormy seas for importers
Industry & Governments urged to boost vaccination drive...
VesselsValue – Half Year Review: Trade
Hundreds of ways to get out on the...
Broad scope of Wärtsilä solutions selected for OHT’s...
Hamburg Commercial Bank provides syndicated loan for Swedish...
DSV Panalpina releases the interim financial report for...
Fugro half year financial results 2021 Return to...
Asia in focus: Inflation no cause for concern,...
Home ShipmanagementLegal The Corporate Veil: when will it be pierced?
Legal

The Corporate Veil: when will it be pierced? 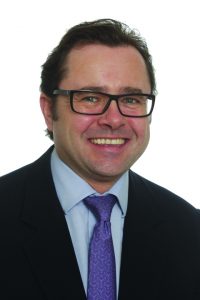 The Corporate Veil: when will it be pierced?

The corporate veil exists to distinguish a company as a legal person separate from its shareholders. However, where the relevant test has been satisfied, the courts have shown a willingness to pierce the veil. The recent case of Caterpillar Financial Services (UK) Limited v Saenz Corp Limited, Mr Karavias, Egerton Corp & Others ([2012] EWHC 2888 (Comm), 5 September 2012, Mr Justice Eder) is one of the exceptional cases in which the court exercised its discretion to pierce the veil. HFW acted for Caterpillar Financial Services in a successful application for summary judgment in respect of a declaration that a company was an alter ego corporate vehicle of the defendant. This allowed a judgment obtained against the defendant to be enforced against certain of the company’s assets. This decision highlights that although very rare the courts will exercise their jurisdiction to pierce the corporate veil.

The courts are often presented with the question of whether a company is an independent legal entity in cases where litigants are trying to recover from opponents and it is discovered that the contracting party is a brass plate company with no assets but part of a larger, profitable group. Usually the strict principle of independent corporate existence (Salomon v Salomon Co Ltd [1897] A.C. 22) is applied and the courts will regard the company as separate from its members and the veil will not be pierced.

The courts have demonstrated that the veil will not be pierced where, despite the presence of wrongdoing, the impropriety was not linked to the use of the corporate structure as a device or facade to conceal or avoid liability, nor will the courts pierce the veil merely because the interests of justice so require (Adams v Cape Industries Plc [1990]).

In certain cases group companies will not be treated as separate, which is contrary to the general principle. This was recently demonstrated where a subsidiary company was no longer in existence and the court imposed a duty of care on the parent company for the health and safety of the employees of its subsidiary (Chandler v Cape Plc [2012]).

Although it is very rare that piercing of the corporate veil is allowed, there have been sporadic attempts by litigants to do so, such as in a recent Court of Appeal case (VTB Capital Plc v Nutritek International Corp and others [2012]), which is currently being appealed in the Supreme Court, in which the claimant bank had provided US$225 million under a facility agreement. The funds were used by the Russian borrower, a company, to facilitate acquisitions from the first defendant which was a British Virgin Islands company, owned and operated from Russia. The borrower subsequently defaulted on the loan. The claimant was unable to recover the loan by way of the security provided and alleged that fraudulent misrepresentation by the first defendant induced it to enter into the facility agreement and that the other defendants were jointly liable. Having obtained permission to serve out of the jurisdiction, the claimant was granted a worldwide freezing order against the fourth defendant, which the claimant alleged controlled the first and second defendants. The claimant made an application to amend its particulars of claim to incorporate a contractual claim and argued that the corporate veil should be pierced so that the defendants could be held jointly and severally liable with the borrower on the basis that they controlled the actions of the borrower and they had used the borrower as a device to conceal their impropriety.

The Court of Appeal decided that it would be contrary to principle and authority and therefore not appropriate to pierce the corporate veil to effect a contractual claim from the claimant against those alleged to be controlling the defendant companies, where those being pursued were not a party to that contract.

The tenth to sixteenth defendants are alter ego corporate vehicles of the third defendant, who directs and controls the actions of the companies.

The Claimant obtained a judgment against the third defendant (the Guarantor), in the hope that it could be enforced against a residential property (the Property) declared by the Guarantor as one of his assets prior to the loan being advanced.

Throughout the proceedings the Guarantor had asserted that the Property was owned by the fourteenth defendant (the Company) and that he had no beneficial interest in it. In the Claimant’s application, it maintained that, had it been presented with these facts, it would not have considered advancing the loans without sufficient security from the Company, which would allow the Claimant to pursue the Company and ultimately enforce a judgment against the Property in the event of default.

The Claimant made an application for summary judgment for a declaration that Company was the alter ego corporate vehicle for the Guarantor and that the corporate veil should be pierced to allow the judgment obtained against him to be enforced against any or all assets belonging to the Company.

The relevant tests that must be met before the corporate veil may be pierced (Hayshem v Shayif & Anor [2008]) and which have been applied by the courts (VTB Capital Plc v Nutritek International Corp and others [2012] and Caterpillar Financial Services (UK) Limited v Saenz Corp Limited), can be summarised as follows:

It was evidenced that the first defendant was residing at the Property and using the address for the registration of and correspondence for a number of other companies. In addition, the Guarantor was trying to sell the Property at the time of the freezing injunction application. The Judge took the view that although these matters may well be correct they did not go to the satisfaction of the fifth principle.

One of the most persuasive factors considered by Mr Justice Eder when considering the fifth principle was that the documentary evidence showed the Guarantor to be the ultimate owner and controller of the Company. The documents included a letter that the Guarantor had written to the Claimant prior to the funds being advanced attaching a net worth statement from a Greek certified public accountant that showed one of the Guarantor’s assets as a “residence in Fulham, 3, 500, 000 USD”. A further net worth statement provided by the same accountant 16 months later also identified the Guarantor’s assets to include a “residence in Fulham” with a current value of US$3.2 million. The Judge accepted that the reference to a “residence in Fulham” was a reference to the Property which the Guarantor asserted that he did not own at the time of the summary judgment hearing nor at the relevant period. In light of the documentary evidence the Judge decided that the assertions of the Guarantor were not credible. The Judge went on to say that “exceptionally…this is a case where there are no contemporaneous documents whatsoever to support the assertions made by [the Guarantor], whereas the contemporaneous documents which emanate from the [the Guarantor] himself are completely to the contrary…”.

Mr Justice Eder emphasised that at the time the loan agreements were entered into, the Guarantor had told the Claimant that the Property was his asset and no mention of the Company had been made nor had the third defendant indicated that his interest in the Property was by way of a shareholding in the Company. This, according to Mr Justice Eder’s judgment, satisfied the fifth principle.

Mr Justice Eder said that “the court will only pierce the veil so far as is necessary to provide a remedy for the particular wrong which those controlling the company have done. Here it seems to me that the particular wrong which [the Guarantor] has done, is that he has mis-used the company as a device, in effect, or is now seeking to do that.” On this basis Mr Justice Eder found that the Claimant was entitled to a declaration that it could lift the corporate veil as far as the Property was concerned and that any judgment against the Guarantor could be enforced against the Property.

The resilience of the corporate veil

Where litigants can show that the relevant test is satisfied, the courts will allow them to obtain judgment against assets that were intentionally placed out of their reach. However these cases are and will remain exceptional.

Shipowners frequently and legitimately structure their group companies by incorporating single purpose vehicle companies as vessel-owning entities. Owners have historically relied on this structure to provide themselves with the security that a corporate veil exists to protect assets owned by other entities in the event that unjust attempts are made to pierce it. Only where it can be proved that the corporate structure is being used to conceal or avoid a liability will the protection ordinarily provided by the corporate veil be at risk.