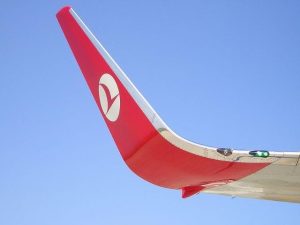 Turkish aviation workers have won another legal victory against Turkish Airlines (THY) following the unfair dismissal of 305 workers in 2012.

On 25 December 2012 a total of 13 maintenance, repair and overhaul workers of THY’s Turkish technic operations won their reinstatement cases. The workers were amongst 305 THY workers to be dismissed on 2 June 2012 via email, text messages and phone calls for joining a peaceful protest to protect their right to strike. With other cases fought and won in the Turkish labour courts in 2012, the total number of workers to be reinstated is now 26.   Dismissed THY aviation workers have resisted the dismissals and have held a non-stop picket in front of Istanbul’s Ataturk International Airport for over 200 days.

Atilay Ayçin, president of ITF affiliate Hava-Is, the Turkish civil aviation union said: “This court verdict shows the importance and value of workers’ unity and international solidarity and sends a strong message to all workers to continue to fight for their rights!”.

Gabriel Mocho, ITF aviation secretary added: “Hava-Is members have the full solidarity and backing of their international union family.”   The ITF launched an international campaign after the dismissals in June. For more information, latest news and resources see www.reinstate305.org