Top Posts
Hot Port News from GAC
MarISOT
Don’t take chances where your health is concerned…
Record performance for GEODIS in the first half...
Fugro helps NOAA update nautical charts in Alaska...
Is the future of sovereign debt digital? Baron...
Government clarifies Health Pass eligibility…
“Moving Day” at the 54th Governor’s Cup as...
Hot Port Newsw from GAC
Stormy seas for importers
Industry & Governments urged to boost vaccination drive...
VesselsValue – Half Year Review: Trade
Hundreds of ways to get out on the...
Home NewsConferences, Seminars, Forums Giant ships are being built without thought of casualty risk, warns Andreas Tsavliris of International Salvage Union, as he pleads for fair rewards for salvors
Conferences, Seminars, ForumsEventsMarine InsuranceP and I ClubsSafety and SecuritySalvage, Towage, Wreck Removals

Giant ships are being built without thought of casualty risk, warns Andreas Tsavliris of International Salvage Union, as he pleads for fair rewards for salvors 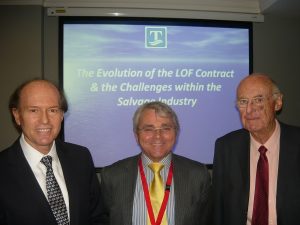 Giant ships are being built without thought of casualty risk, warns Andreas Tsavliris of International Salvage Union, as he pleads for fair rewards for salvors

A stark warning that giant ships are being built without heed to how emergencies at sea can be effectively tackled has come from the leading figure in the global salvage industry. 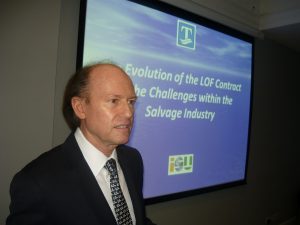 Andrea A. Tsavliris delivering his speech

Mr Tsavliris said: “This Costa Concordia [grounding, which led to the loss of 32 lives and the ship being declared a constructive total loss] was nothing” compared to incidents that could happen in the future. He emphasised that a big casualty in a remote area would raise huge rescue and catastrophe-fighting challenges. “These are not ships, they are small islands, ” he said of recent generations of cruise ships.

He issued a strong call for a more realistic attitude to the level of awards to salvage companies. The companies were under financial constraints that were preventing them making investments in new tugs and equipment that were needed to attend big casualties. At some stage a major calamity would occur and people would be asking, where are the big salvors and where is the equipment? 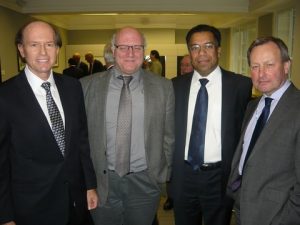 Mr Tsavliris, president of the International Salvage Union since 2011, and principal of Tsavliris Salvage Group, questioned whether the shipping industry had thought through at the construction stage how amenable vessels would be to accidents. When the question was put about how an emergency would be handled, “they say we will think of something. You cannot just ‘think of something’ when you are dealing with colossal damage.  People are not thinking about this: you are building a ship that is not salvable. They say I am making money out of this, leave me alone.” 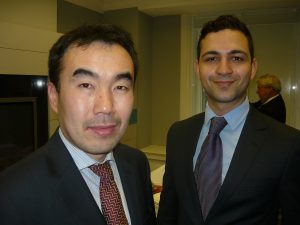 Mr Tsavliris was speaking to the IMIF at the Baltic Exchange on the evolution of the Lloyd’s Open Form salvage contract and the challenges in the salvage industry. 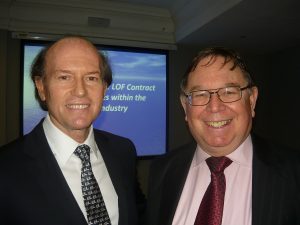 Mr Tsavliris said that the Lloyd’s Open Form, introduced in 1908, has been the best contract, easily understandable, very precise, and very short.

The ISU has sought to change the 1989 Salvage Convention so that salvors gain more recognition for what they do to save the environment and combat pollution, but talks with the Comité Maritime International last year had failed. “We are not going to let this go, we shall go on and on.”

Leading salvage companies were now all retracting.  “Salvage is a highly capital intensive industry. To buy a salvage tug and equipment is very expensive. A lot of salvage companies are public companies (not private, as we are). They have to convince shareholders that what they are doing is good business. When did you see for many years anybody ordering a very big powerful salvage tug? How can any company go out and buy and invest? ”

P&I clubs should not ask shipowners not to sign Lloyd’s Open Forms because there was something cheap round the corner. That approach was narrow minded because if there were no money for the international salvors, they will not be there tomorrow.

During a lively question and answer session, IMIF chairman Jim Davis agreed that the mega-ships were a big worry, but it might take loss of life in a significant incident to concentrate minds on the issues raised by Mr Tsavliris.