Treading carefully in a demand guarantee and letters of credit minefield 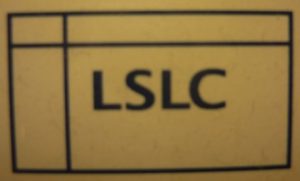 Demand guarantees and Letters of Credit in the shipping industry continued to be a legal minefield when documents held to by contending parties presented conflicts over essential aspects.

They were the subject of a seminar, organised by the London Shipping Law Centre–Maritime Business Forum, staged at Quadrant Chambers, London and chaired by Sir Peter Creswell on March 13th.

Roger Jones, former Chairman of ICC’s UK Committee on banking techniques and practice, had spent much of his career working on the financial aspects of contractual disputes in shipping. He emphasised that there were no universally accepted rules for demand guarantees. There had been some moves towards uniform rules but this remained very much “a work in progress.”

Drafting needed to be clear, unambiguous and take account of local applicable laws and regulations in all jurisdictions in which demand guarantees might be activated. “Do not assume they will have the same meaning as in English law.”

John Passmore of Quadrant Chambers covered payment and refund guarantees in shipbuilding. He indicated how a demand guarantee could be affected by variations in the underlying contract. He highlighted the role of the Paget presumption where the contracting parties were in different jurisdictions.

Sandra Healey of Stone Chambers dealt with jurisdiction and related issues in the context of guarantees and with the “intrinsically more complex arena” of letters of credit. She highlighted the clashes which could arise in settling exclusive jurisdiction clauses and outlined the law which governed charterers’ performance under a voyage charter party.

Injunctions to restrain payment were covered by Vasanti Salvaratnam QC. She reminded the audience of over 100 lawyers and shipping professionals of the autonomy principle. She outlined the circumstances relating to a banker’s obligation to pay under the terms of a Letter of Credit, irrespective of future disputes between parties as to whether goods were up to contract.

She emphasised the exacting tests applied to obtain an injunction, the fraud exception and the circumstances under which an injunction might be frozen.

Tentative deal reached for longshoremen at Port of New York