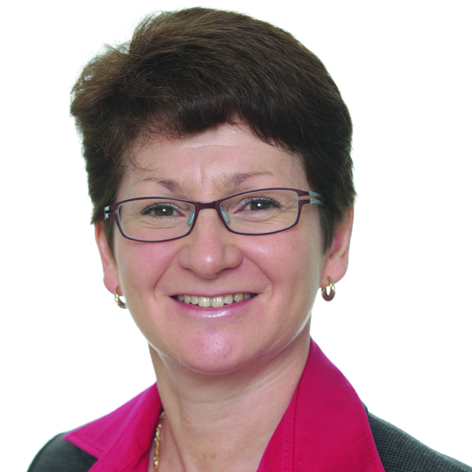 The obligations of carriers to provide assistance and compensation to passengers in the event of delay, denied boarding and cancellation of flights has been a topic of much contention in recent years.

Indeed, since Regulation 261/2004 (the Regulation) came into force in 2005, carriers have struggled to understand the precise scope of their responsibilities, a problem exacerbated by the ambiguous drafting of the Regulation, seemingly arbitrary rulings by the European Court of Justice (most notably in the Sturgeon case) and significant (and unexpected) exposures arising from the volcanic ash chaos of 2010. Passengers have also faced frustration in seeking to understand (and enforce) their rights under the Regulation.

Such difficulties triggered a review of the Regulation by the European Commission, which began in April 2011 and which this week has culminated in the announcement of a package of proposed measures designed to clarify passenger rights in four key areas:

These proposed thresholds would represent a relaxation of the position post-Sturgeon, where a right to compensation is triggered if a flight arrives three or more hours after its original scheduled time of arrival.

Express passenger rights in the case of tarmac delays, including to refreshments, air conditioning, medical treatment and the use of toilets and, in the case of long delays of over five hours, rights to disembark. Clarification of carriers’ obligations to offer re-routing, including that, where a carrier cannot ensure re-routing within 12 hours on its own services, it must offer re-routing on other carriers or other available transport. Clarification of the treatment of diverted flights, namely that where a flight is forced, for whatever reason, to land at an airport other than the airport of destination or to return to the airport of departure, that flight shall be treated as a cancelled flight. Clarification of passengers’ rights in respect of missed connecting flights. In particular, where a passenger misses a connecting flight due to a delay or a change in schedule to a preceding flight, the proposals require the carrier operating the onward flight to provide assistance (where the passenger’s waiting time is prolonged by two or more hours) and re-routing. The preceding carrier shall be responsible for any compensation payable under the Regulation, with the level of compensation calculated by reference to the length of delay beyond the scheduled time of arrival at the passenger’s final destination.

The proposals also seek to introduce new passenger rights, not currently set out in the existing Regulation, including, amongst other things:  A right to request, free of charge, corrections of mis-spelt names up to 48 hours before departure.

Rights in respect of the mishandling of baggage, including, for example, a right to declare the full value of mobility equipment, at no cost, for the purposes of increasing a carrier’s limits of liability, and access to a complaints/enforcement regime in respect of such mishandling. Such proposals are to be reflected in amendments to Regulation 2027/97, which sets out the basis of Community carriers’ liability to passengers.

In response to inconsistent and inadequate sanctioning policies applied by national enforcement bodies (NEB), the proposals seek to strengthen complaints procedures and the oversight of carriers’ compliance with passenger rights obligations, including:

Increased monitoring by NEBs and increased coordination/exchange of information between NEBs.

Obligations on carriers to have clear complaints-handling procedures in place and to provide formal replies to passenger complaints within two months.

The proposals also seek to introduce a cap on carriers’ obligations to provide assistance to passengers in cases of “extraordinary circumstances”. Such obligations are, under the the Regulation, currently unrestricted, regardless of whether or not delays or cancellations are beyond a carrier’s control, a situation which left many carriers facing considerable exposures following the 2010 volcanic ash chaos. The proposals therefore limit passengers’ right to accommodation, in cases of delays, cancellations or changes in schedule caused by extraordinary circumstances (subject to a small number of exceptions), to three nights, at a maximum cost of €100 per night per passenger.

The Commission’s proposals have immediately been met with disappointment from the aviation industry. In particular, IATA has raised concerns that, whilst some of the proposed changes are positive (including the clarification of when passengers are entitled to compensation for long delays and the caps on assistance in cases of e.g. ash cloud disruption) there are still “major deficiencies” in the proposals. In particular, IATA has suggested that many of the changes will be difficult for governments to enforce and will add unnecessary costs. Specific examples of such shortcomings identified by IATA include:

The proposed measures in respect of connecting flights place the burden for compensation for delays on the operator of the first flight, in circumstances where the Montreal Convention regime already sets out rules on the allocation of liability between carriers in such cases (as do standard “interline” agreements). IATA fear that the proposals regarding connecting flights may also deter European carriers from offering connections to long-haul destinations.

The proposal to treat a diversion as if it were a cancellation will potentially trigger significant monetary compensation to passengers, notwithstanding that the majority of diversions are made for safety or medical reasons (and applicable exceptions may not provide adequate protection).

The proposals are still at the draft stage and have now been passed to the European Parliament and Council for review and possible amendment. It is hard to tell when the proposals will be finalised and come into force, albeit this is not expected to happen before 2014. It is also uncertain as to what extent the proposals will be subject to further change, in the face of criticism from the industry, although wholesale changes are unlikely.

Further information on the proposals can be found on the European Commission’s website (http://europa.eu/rapid/press-release_MEMO-13-203_en.htm).

New words to write about