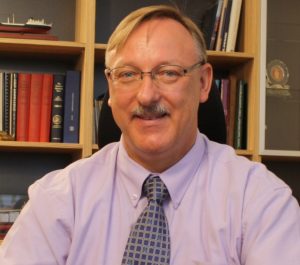 Two weeks after the Eurogroup Loan Agreement proposal for Cyprus was formulated on 24 March and despite some temporary banking restrictions still applied which are gradually being eased up, Cyprus Shipping continues its high standard and reliable operations, thus supporting tangibly the Cyprus Economy.

With the formal discussions between the Cyprus Government and Troika now been completed, it can also be stated that this brings an end to the financial uncertainty that recently surrounded a part of the Cyprus banking system.

During this crucial time, the Cyprus Shipping Chamber, worked closely with the Cyprus Government and the Central Bank and as a result thereof, managed to resolve operational problems for shipping companies which occurred during the period that banks remained closed, meeting at the same time, their obligations towards their seafarers and associates.  Since the re-opening of the banks on 28 March, the Chamber has continued its cooperation with state authorities, in closely monitoring the overall situation and assisting whenever necessary.

Despite a limited number of cases where shipping companies in Cyprus have been affected by the banking system problem, the overall Shipping operational and taxation infrastructure in Cyprus remains intact.  The Cyprus Shipping Industry therefore, stands united and remains loyal to Cyprus and the Cyprus flag.  Similarly, the Cyprus Maritime Administration, through its Department of Merchant Shipping, is working normally and without any interruptions and restrictions.

The Cyprus Government has publicly acknowledged its appreciation to the Shipping Industry for its continuous loyalty, as well as its substantial financial support and high professionalism.  The Government also pledged its commitment, now, more than ever, to work together with the Shipping Chamber, in promoting the advantages of Cyprus as a reliable and competitive maritime centre.

Wärtsilä 34DF gets US EPA certificate

Interesting and hope Captain Adami and the members of CSC continue their support.