Jim Davis’ thoughts for shipping and the world economy

Once again Jim Davis CBE K(DK)*,   Chairman of the International Maritime Industries Forum (IMIF)** shares his thoughts with us following John Faraclas’ questionnaire on  the ever Changing World, the current economic crisis, the many issues deriving from overcapacity and how important is for all in our industry to face the harsh reality. The political aspect of  his replies, food for thought!

1) How do you view the current shipping crisis in conjunction with the world’s worst economic situation which continues to deteriorate?

The World Economic Crisis and the concurrent crisis in shipping are inextricably linked. The shipping crisis is however worsened by the unique oversupply situation in all aspects of the maritime activities from shipbuilding upwards.

2) Will the Euro survive? People accuse Germany of an immoral financial policy towards the south of Europe; what is your view given the Icelandic, Irish, Greek, Cypriot, Spanish, Portuguese, Italian current situation and enfolding events? 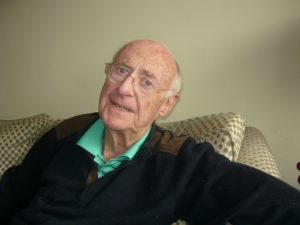 I do not believe the Euro can survive in its present form. The “one size fits all” concept for a currency which serves in vastly diverse National Economies is flawed. Germany has an idealistic view of European Monetary Union which is unsustainable. Coincidentally the Euro suits the German Economy because a reversion to its own currency would result in the D-Mark climbing to astronomical levels bringing obvious problems for Germany and its exporters (which today are doing extremely well).

The other nations involved are struggling, but  with the confident hope that Germany will continue to bail them out.

It is folly – as some commentators do – to equate “Europe” with the USA which has a Central Government covering all important economic areas and is thus a true Federal State, …or does this constitutes the dream of Germany? 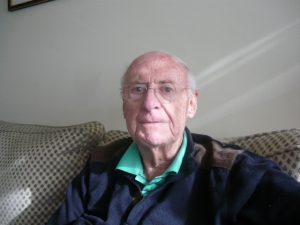 3) How best one avoids shipping and other financial scandals?

Scandals can only be avoided by a reversion to old fashioned standards of conduct. “Our Word our Bond” the Baltic Exchange motto is an important first principle.

4) Isn’t time to introduce discipline in the shipbuilding and shipfinance markets?

It surely is time to introduce discipline into shipping and shipbuilding. Recent behaviour has been akin to the Public demand in for instance, the UK where individuals have been encouraged to insist on having whatever they desire immediately regardless of their ability to pay… The result? Excessive borrowing followed by inevitable default.

5) How do you view the Chinese “offensive” in the world business and in particular in the entire shipping field?

So far it is the gigantic output and demand of the energetic China, which keeps the great Trades East/West and West/East busy. Raw materials into China and manufactures out to the Markets of Europe and the Americas.

A recent discernable change has been the desire of China (and one can say Brazil) to themselves control and own ships that serve their massive ore trade. In short it means that the sellers and the buyers of cargo themselves take over the transport of the goods.

This trend could spread to other trades meaning that there will be less available to individual transporters (i.e. Shipowners). 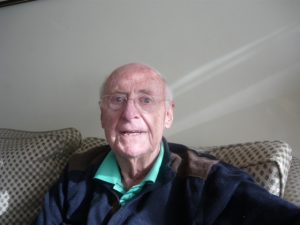 6) How will the Energy issues affect the shipping markets?

Energy will be a most important influence in shipping as far as one can foresee. The present preoccupation predictably has been the sudden massive increase in the cost of Bunkers which has climbed to 61% of operating costs.

7) Do we have the right politicians and administrators to run the world?

Do we ever have the right Politicians? Answer: Never!

You have to muddle along with the different tradition of Democracy (One man one vote etc). This theoretically unarguable philosophy results in everlasting compromise: doing the correct thing is subject to doing the electable thing. A form of benevolent Dictatorship is what the world needs, but that is something we humans cannot face or abide.

The answer therefore is that we shall continue to muddle through hopefully avoiding extremes.

8) How will Japan influence the shipping markets and the world economy?

The remarkable inventive and diligent people of Japan will through their own qualities emerge again from their present recession. Japan suffers through having few natural resources in their crowded islands.

Having lived in Japan most happily myself, I am confident of their resurgence, but meanwhile the country faces more tough years in the short term. (they are not alone in that).

9) Does Britain has the right economic policies to influence the world economy and shipping in particular?

Britain has a long tradition of having a truly Global outlook coupled with probity in commercial dealings.

We must protect this reputation and can then continue as the residence of moderation in a World which has become the playground of Extremists.

At present the UK Government is properly directing its policies to getting the Economy working well the while repudiating the familiar nagging of the left wing politicians and “thinkers” who repeat endlessly that the remedy is once again to throw money at the situation, which policy has brought us and most of the World to today’s unhappy pass. 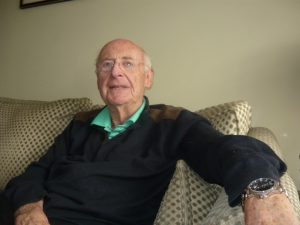 10) What is the three most important issues in the shipping world today?

My consistent message to my colleagues in the Maritime World is to learn from the past.

a)Avoid the Casino-like attitude to shipping which in the past has created mega millionaires but only when their timing has been right, most usually by sheer luck.

b)Work thoughtfully to reducing the present oversupply of shipbuilding capacity and ships. Themselves, the financiers (mostly bankers) have for the most part learnt their lesson of having provided in an almost profligate manner money and facilities for dangerously fragile ventures.

c)Take note of the changing World of Commerce where the sellers and buyers of goods – particularly of bulk cargoes – have realised  that the “f” (freight) element of the C.I.F value of goods has become bigger and bigger, which encourages them steadily to take total charge and ownership of the transport element.

I suppose these thoughts have the imprint of a slightly older man (85!) with 61 years of experience in the industry. I have always maintained that Wisdom does not come with age, but experience certainly does clarify ones mind! 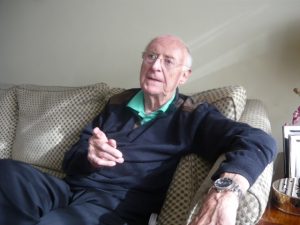 * Jim Davis has been actively involved in many areas of the International Maritime Industries  for a period that now expands over sixty years! His career has included being a Director of P&O Lines, Director of Shipping with Kleinwort Benson Merchant Bankers and various Chairmanships such as DFDS Limited, Midway Shipping and Wigham Richardson shipbrokers. Directorships have included Pearl Cruises of Scandinavia, Rodskog Shipbrokers of Hong-Kong and Global Ocean Carriers, part of Tsakos Group.

** IMIF is a unique organisation comprising of high profile representatives from quite literary all parts of the maritime industries. These include shipowners, shipbuilders, ship recyclers, shipmanagers, shipbrokers, insurers, underwriters, P&I Clubs, classification societies, regulators, maritime lawyers, shipping accountants, shipping bankers and financiers, surveyors, salvage experts, trade unions and a host of ancillary organisations that share IMIF’s commitment to the promotion and economic well-being of the maritime industries. As a forum IMIF led the way and indeed leads the way in discussing and debating any subject of relevance to the well-being of the maritime industries. For nearly twenty years members have hosted a series of buffet luncheons for the benefit of the other members to which guest speakers renowned for their expertise have been invited to talk on a variety of subjects.

What an account! Hope to read more of Mr. Davis’ thoughts !