16 May 2013, London: Specialist liability insurer for the international transport and logistics industry, TT Club has announced another good performance for the year ended 31 December 2012, with further increased gross written premiums, and the Club now maintaining its A- (Excellent) rating for the past eight years.

In a statement today, US rating agency, A M Best has re-affirmed the financial strength rating of A- (Excellent) and the issuer credit ratings of “a-” of Through Transport Mutual Insurance Association Limited (TTB) (Bermuda) and its subsidiary, TT Club Mutual Insurance Limited (TTI) (United Kingdom) collectively trading as TT Club.

“The outlook for both ratings remains stable. The ratings of TTI reflect the integral part it plays in TT Club’s strategy, as well as the extensive reinsurance protection provided by TTB, which is expected to maintain excellent consolidated risk-adjusted capitalisation in 2013, ” the agency said.

A M Best also noted in its statement on the TT Club: “Its business profile is supported by a superior service standard, which underpins a high policyholder retention rate of roughly 95%, and by its active involvement in loss prevention and risk management within the industry.”

The TT Club’s gross written premium for 2012 increased to US$182.3M and the Club’s combined ratio – the key measure of the health of its operating performance – reduced to 96.3%. 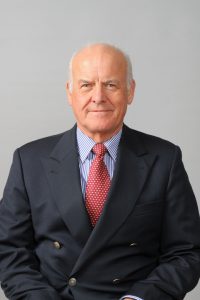 Knud Pontoppidan, Chairman of the TT Club, commented: “We are becoming used to very low or decreasing growth levels across the world and that is impacting global trade and as a result all our businesses. Unfortunately 2013 does not appear likely to break this pattern. In spite of these challenging global economic conditions the Club has maintained a stable financial platform in 2012 from which to deliver our core product and value adding services.”

The A M Best statement also noted that, “in 2013 TTB is expected to produce a combined ratio of roughly 100%. Investment income is likely to be modest but positive, reflecting a conservative investment portfolio and the low interest rate environment.”

“As a mutual, the club is not pressured to generate high returns, however, TTB is expected to continue to produce small pre-tax profits in most years, in line with its performance record since 2008, ” the agency concluded.

The key highlights for the TT Club during 2012 were as follows:

* Investment return is up to 1.5% from 0.8% in 2011. The Club’s investment portfolio remains low risk, being primarily invested in cash and short term bonds, and it is over 10 years since the Club made a realised investment loss.

* Very strong capital position, equivalent at A++, the highest rating on the A M Best capital adequacy model.

Charles Fenton, Chief Executive of the TT Club, commented on the results and the A M Best statement:

“As we approach our 45th year of trading next month, we have recently formalised a new brand positioning of “established expertise” and I am delighted that our results and the

A M Best ratings fully reflect and support the position we have reached over the years, with continuing positive results in 2012 demonstrated by increased gross written premiums, high policyholder retention, reduced combined ratio and a stronger capital position.”

“The TT Club has always sought to deliver expert insurance solutions and assistance to its Members and supporting brokers through superior underwriting, claims, risk management and loss prevention services, and it is pleasing that an independent and well respected rating agency continues to recognise the stable financial position and performance that underpins all our aspirations, ” he added.

The TT Club suffered two major losses during 2012, Superstorm Sandy and the fire and explosions on ‘MSC Flaminia’, whilst these claims are significant they have not impacted negatively on the results for the year, with the performance of the overall claims book remaining within expectations.

A copy of A M Best’s statement is attached.

The full statement from the Chairman is available from TT Club’s website.